The first storm of the winter arrived. The skies turned black and the rain fell heavy. The trees swayed back and forth as the wind howled outside. Here and there, branches snapped off and fell to the ground.

Shlomie recalled vividly the previous winter, when they were without power for two weeks in the aftermath of Hurricane Sandy. He considered buying a portable gasoline generator this year but could not afford the expense. He waited out the storm, hoping it would pass safely.


When the storm was over, Shlomie recalled that his neighbor, Ezra, ran a rental business of all kinds of equipment.

Shlomie called Ezra. “Do you have any portable generators available for rental?” he asked.

“Just a small one,” answered Shlomie. “One that will cover the lights, kitchen appliances, and a few other small appliances around the house.”

“OK,” said Shlomie. “I’ll come over today to pick it up, before the next storm hits!”

A month later, Shlomie’s cousin came to visit for a week. “I hope we don’t get caught without electricity, like we did last year,” his cousin joked. Shlomie showed his cousin the generator that he had rented. “We already used it two nights,” he added.

“How much did you pay?” asked the cousin.

“Really?!” replied the cousin, shocked. “That seems extremely high to me!”

“How much should it run?” asked Shlomie.

“Well, I paid him already,” said Shlomie. “So there’s nothing I can do.”

“Why not?” said the cousin. “If a person overcharges a customer, there’s a claim of ona’ah [unfair pricing] and customer is entitled to restitution.”

“First of all, I didn’t buy the generator,” said Shlomie. “It’s just a rental. Anyway, this was a month ago. I don’t think I can do anything about it now.”

“I don’t know if that makes a difference,” said the cousin. “It doesn’t hurt to check it out, though. How about contacting Rabbi Dayan?”

“Do you have his number?” asked Shlomie.

“Yes,” replied the cousin. “I keep his hotline number in my phone.” He whipped out his phone and handed it to Shlomie.

Shlomie called Rabbi Dayan and asked: “A month ago I rented a portable generator and was significantly overcharged; do I have an ona’ah claim?”

“What about the fact that a month passed?” asked Shlomie. “I thought there was a brief time limit for ona’ah claims?”

“That is true for purchases, but not for rentals” replied Rabbi Dayan. “A customer can submit an ona’ah claim only shortly after the purchase, allowing him time to show the purchased item to friends and relatives and check whether the price was fair. However, once this time passes – if he did not check and submit a claim, he forfeits his right to demand restitution. A renter, though, can submit an ona’ah claim even a long time later.” (C.M. 227:7)

“Why does this time limit not apply also to rentals?” asked Shlomie.

“There are two explanations,” said Rabbi Dayan. “First, a person who buys something often shows it to other people to hear their opinion of the purchase. Thus, it is logical to limit his ona’ah claim to this time period; afterward he foregoes his right. However, people do not typically show rental items to others, so this time frame is not relevant.

“Second, payment for a purchase is due that the time of purchase, whereas, in principle, payment for rental is due only at the end of the rental. Therefore, since a long time is likely to pass anyway between the beginning of the rental agreement and the actual payment, our Sages didn’t want to apply this time limit [SM”A 227:65]. 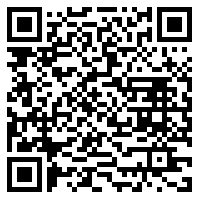