Levi and his family were sitting on the deck in the back of their house, enjoying a summer afternoon. Their house overlooked the ocean – almost. Ari’s house intervened, but they could look through his yard and see the seashore. The children enjoyed watching the ships, while the parents would watch the sun and rippling waves.

While the family was sitting there, they saw Ari talking to a contractor and walking around the perimeter of the property. A few days later, the contractor started putting poles around the edge of Ari’s property.

“What are you doing?” Levi asked Ari.

“We feel we have no privacy in our property,” Ari replied. “We decided to enclose it with an six-foot high fence.”

“But that will block our view!” exclaimed Levi. “You can’t do that!”

“What do you mean?” asked Ari.

“We like to look from our deck through your property at the ocean,” replied Levi. “If you enclose your property with a fence, we’ll lose that beautiful view and face a dull fence.”

“I understand that you enjoy the scenic view,” replied Ari, “but that doesn’t give you legal rights in our property. We’re entitled to privacy in our yard!”

“But it’s been this way for years,” argued Levi. “We’ve established a chazaka (legal status quo) to view the ocean from our house!”

“Just because it’s been that way until now doesn’t mean I can’t change it,” retorted Ari. “It’s my property; I can build on it as I see fit. Our privacy is also important!”

Levi pondered what to do. He decided to summon Ari to a din Torah before Rabbi Dayan.

Levi and Ari came before Rabbi Dayan. “For many years we have been viewing the ocean from our deck through Ari’s yard,” began Levi. “He now wants to build a six-foot fence on his property that will block the view. May he do so?”

“You cannot restrain Ari from building a fence on his property,” answered Rabbi Dayan. “Our sages restricted a person from building a wall directly in front of his neighbor’s window, which would block light and air from entering. However, it does not seem they restricted blocking the view.” (Pischei Teshuvah C.M. 154:8)

“It sounds like there’s some discussion of the topic?” said Ari.

“Yes, the Gemara [B.B. 7a] discusses a case of two sons who divided their father’s estate; one received an airy building and one the garden in front of it,” explained Rabbi Dayan. “Shortly afterward, the one who received the garden built a wall in it that blocked the airy building, and litigation arose. Rashi explains that the issue was blocking light; R. Tam explains that issue was blocking the view of his fields.”

“What was the ruling in that case?” asked Levi. “According to R. Tam that case sounds exactly like ours!”

“The dayan upheld the brother’s right to build the wall within his property,” replied Rabbi Dayan. (C.M. 154:27) “Nonetheless, our case is not so simple.”

“Some Rishonim imply that this was only because the brother who owned the airy building did not yet establish chazaka,” continued Rabbi Dayan. “Where a person already established chazaka to look through his neighbor’s property, Mahara Sason maintains that R. Tam would not allow the neighbor to block the view. However, Maharalbach questions this understanding. Furthermore, he writes that the person might be able to restrain his neighbor only when he had a particular need to look through his property, such as to guard his fields, and had a window clearly for this purpose, but not when blocking a scenic view.”

“How do we rule in this dispute between Mahara Sason and Maharalbach?” asked Levi. 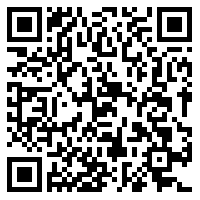