Piles of wood stood high ready to honor R’ Shimon b. Yochai with bonfires late into the night. In an empty lot, two groups had built teepees of wood for their bonfires. Between them lay a long, heavy log.

One group approached the log to haul it into their fire. As they gathered around the log, the adjacent group called out to them, “What are you doing with that log?”


“We dragged it here yesterday,” the first group replied. “We’re going to add it to our bonfire.”

“What do you mean?” argued the second group. “That log is ours! We brought it here yesterday.”

Mr. Gruen, who was supervising the bonfires, quickly came over. “What’s going on?” he asked.

“The log lying here is ours,” both groups called out simultaneously.

“Well, who found it and brought it here?” asked Mr. Gruen.

“We did,” claimed both groups.

After he heard the case, Rabbi Dayan said, “When two people argue over ownership of an item and neither is in possession of it or has conclusive proof, the Gemara rules, ‘kol d’alim gavar – Whoever is stronger wins.'” [Bava Basra 34b]

“Why is that?” asked Mr. Gruen. “Since when does might make right?”

“There are two explanations,” answered Rabbi Dayan. “The Rashbam [Bava Basra 35a] explains that since neither party is in possession or presents conclusive proof, beis din does not rule, but rather steps aside and allows the parties to ‘fight it out’ since the issue may still be resolved should one side procure evidence.

“The Rosh [Bava Metzia 1:1, Bava Basra 3:22], however, explains that kol d’alim gavar itself is a ruling,” continued Rabbi Dayan. “Chazal relied on the presumption that the true owner will more likely succeed; he will make a stronger effort to secure the item or demonstrate his ownership.” [Sma 139:2]

“What if the other party subsequently grabs the item back?” asked Mr. Gruen.

“The Rosh and Shulchan Aruch write that once one party takes the item, it has rights to it even if the other party subsequently grabs it – unless the other party brings valid proof that the item belongs to it,” replied Rabbi Dayan. “This follows the Rosh’s explanation that kol d’alim gavar is a ruling that Chazal instituted in the absence of proof or possession.” [Choshen Mishpat 139:1; 146:22]

“The Shach [139:2], however, cites other Rishonim who say if the second party subsequently grabs the item back, it can keep the item,” continued Rabbi Dayan. “This position seemingly reflects the Rashbam’s explanation that beis din does not get involved in such cases.” [Shita M’kubetzes Bava Basra 34b]

“Indeed, Shevus Yaakov [2:167] suggests that nowadays it is preferable that beis din divide the item or settle the dispute with a lottery,” replied Rabbi Dayan. “There are strict civil laws about violence and potential trouble can come from ruling kol d’alim gavar.”

“Thus,” concluded Rabbi Dayan, “whoever succeeds in taking the log first can keep it, but if there is concern of violence, an alternate solution should be arranged.” 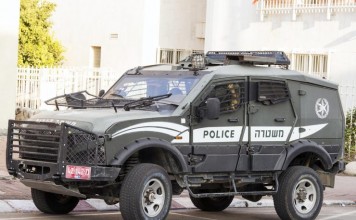 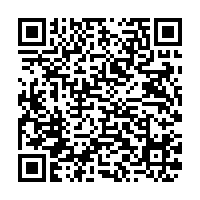