Aharon was traveling abroad when he dozed off on a train on Friday afternoon. Upon awakening, he realized to his horror that someone had walked off with his travel bag. In it were his wallet, phone, documents, and clothes.

Aharon got off the train and approached the first Jew he saw. “I’m visiting from another country,” he said. “I lost my bag with my wallet, and I need $100 to buy food and travel to where I’ll be staying for Shabbos.”


The man directed him to the local gabbai tzedakah – Mr. Rabinowitz – who asked him if he’d like to borrow money or receive tzedakah. Aharon said he preferred tzedakah, but Mr. Rabinowitz suddenly had second thoughts. “I don’t know if it’s fair to the poor people of the town,” he said. “Let me ask Rabbi Dayan.”

After listening to the details of the case, Rabbi Dayan said, “The Mishnah [Pe’ah 5:4] addresses a similar situation. A self-sufficient person was traveling and had no more money with him. He is allowed to take tzedakah.”

“Must he repay when he returns home?” asked Mr. Rabinowitz.

“R. Eliezer requires him to repay, but the Sages say he doesn’t have to since he was poor at that time,” answered Rabbi Dayan. “The halacha follows the Sages. He is considered like a poor person who later became rich. The Rambam, however, writes in his commentary to the Mishnah that it is better (midas chassidus) to pay back the money later. Similarly, the Shulchan Aruch writes that he is ‘not required’ to pay, which could indicate that it is proper to do so.” [Yoreh De’ah 253:4; Tosfos R. Akiva Eiger, Pe’ah 5:4]

“Whom should he repay?” asked Mr. Rabinowitz.

“How much can Aharon take from tzedakah?” asked Mr. Rabinowitz.

“A truly poor person can receive a large amount of charity at once, even beyond his needs,” replied Rabbi Dayan. “However, Aharon should only take what he needs for his sustenance.” [Tzedakah U’mishpat 2:15]

“What if he can borrow money instead of taking tzedakah?” asked Mr. Rabinowitz.

“Some write that if the traveler can borrow, he is not allowed to accept tzedakah since he is not considered poor at that time,” said Rabbi Dayan. [Chut HaMeshulash 1:17; Aruch HaShulchan, Yoreh De’ah 253:11]

“Thus,” concluded Rabbi Dayan, “if Aharon can take a loan, he should do so. If not, he may take tzedakah, and it is a midas chassidus to pay the same amount of money later to the charity of his choice. If he takes with the understanding that he will repay, he is required to do so.” 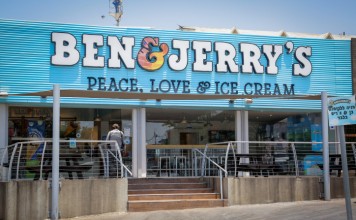 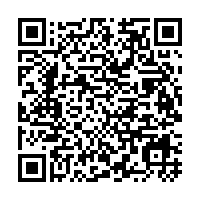