“We’re having little league playoffs next week,” Eli said to his friend, Avi. “Can I borrow your bat for batting practice.”


Eli took the bat to batting practice where he met Aharon. “Can I borrow your bat when you finish?” Aharon asked him.

“But I’ll return it to you within an hour,” Aharon replied.

Eli hesitatingly agreed. After he left, Aharon began using it. He hits numerous balls and then, suddenly, on one of his swings, he heard a loud “crack” as the ball went flying. The wood of the bat had split.

“I’m sorry to say,” began Aharon, “but I was batting with it, and the bat cracked!”

The three of them decided to ask Rabbi Dayan. After hearing the story, Rabbi Dayan replied, “It’s not clear that anyone owes Avi for the bat. It depends on who was present when the bat broke.”

“What do you mean?” asked Avi.

“The Gemara [Bava Metzia 29b, 36a] states that a person who borrows an item may not lend it to another person,” explained Rabbi Dayan. “Furthermore, although a borrower need not pay for an item that was lost or damaged through regular usage (meisah machamas melacha), the initial borrower is usually liable if he lends the item to another person since the owner can claim that he doesn’t trust the word or oath of the second borrower that the item broke through no fault of his own.” [Choshen Mishpat 340:1; 342:1]

“Then Eli should be liable,” Avi said. “I have nothing to do with Aharon.”

“If others were not present when the bat broke, that would be true,” replied Rabbi Dayan. “However, as I mentioned, the primary concern is that the second borrower may have mistreated the borrowed item, and the owner does not have to accept his word regarding what happened to it. Lending to others is not considered inherent negligence, though, and the regular liabilities of a guardian remain, in principle.

“Therefore, if witnesses were present and testify that the item was damaged through regular usage, the borrowers are exempt. Additionally, if the owner regularly lends the second borrower items of similar value, indicating that he considers him trustworthy, the borrowers are exempt if the item became damaged through regular use.” [Choshen Mishpat 291:26; Shach 291:47; 342:1]

“Where does that leave us?” asked Avi. 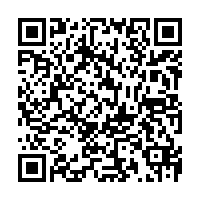