If you had an important court date scheduled – one that would determine your financial future, or even your very life – you’d be sure to prepare for weeks beforehand.

Elul – the month preceding Rosh Hashanah – begins a period of intensive introspection, of clarifying life’s goals, and of coming closer to God. It is a time for realizing purpose in life – rather than perfunctorily going through the motions of living by amassing money and seeking gratification. It is a time when we step back and look at ourselves critically and honestly, as Jews have from time immemorial, with the intention of improving.

The four Hebrew letters of the word Elul (aleph-lamed-vav-lamed) are the first letters of the four words Ani l’dodi v’dodi lee – “I am to my Beloved and my Beloved is to me” (Song of Songs 6:3). These words sum up the relationship between God and His people.

In other words, the month preceding Rosh Hashanah is a time when God reaches out to us, in an effort to create a more spiritually-inspiring atmosphere, one that stimulates teshuva.

After the sin of the Golden Calf, Moses asked God to explain His system for relating with the world. God’s answer, known as the “13 Attributes of Mercy,” forms the essence of the “Slichot” prayers. The “13 Attributes” speak of “God’s patience.” The same God Who created us with a clean slate and a world of opportunity, gives us another opportunity if we’ve misused the first one.

“Slichot” should be said with a minyan. If this is not possible, then “Slichot” should still be said alone, omitting the parts in Aramaic and the “13 Attributes of Mercy.”

Finally, the most important aspect of Elul is to make a plan for your life. Because when the Big Day comes, and each individual stands before the Almighty to ask for another year, we’ll want to know what we’re asking for!

Additions to the Service

Beginning the second day of Rosh Chodesh Elul, it is the Ashkenazi custom to blow the shofar every morning after prayers, in order to awaken us for the coming Day of Judgement. The shofar’s wailing sound inspires us to use the opportunity of Elul to its fullest.

Also beginning in Elul, we say Psalm 27 in the morning and evening services. (Sefardim say it in the morning and afternoon services.) In this Psalm, King David exclaims: “One thing I ask… is to dwell in the house of God all the days of my life.” we focus on the unifying force of God in our lives, and strive to increase our connection to the infinite transcendent dimension.

Rewind 3,000 years to the Sinai Desert. God has spoken the Ten Commandments, and the Jews have built the Golden Calf. Moses desperately pleads with God to spare the nation.

On the first day of Elul, Moses ascends Mount Sinai, and 40 days later – on the seminal Yom Kippur – he returned to the people, with a new, second set of stone tablets in hand.

For us as well, the month of Elul begins a 40-day period that culminates in the year’s holiest day, Yom Kippur.

Why 40? Forty is a number of cleansing and purification. Noah’s Flood rains lasted 40 days, and the mikveh – the ritual purification bath – contains 40 measures of water.

Elul is an enormous opportunity. During this time, many people increase their study of Torah and performance of good deeds. And many also do a daily cheshbon – an accounting of spiritual profit and loss.

Many of the Jewish holidays are based on the events of one crucial year in Jewish history – 2448, or 1312 BCE.

About 3,300 years ago, in the Jewish year 2448, the Jewish people were freed from slavery in Egypt – following the plague of the First Born. The date was the 15th of Nissan, the first Passover celebration.

One week later, with the Egyptian troops in full chase, the Red Sea split – and the Jewish people walked through on dry land. This occurred on the seventh and final day of the Passover holiday.

Ten Commandments and Mount Sinai – Fifty days later, on the holiday of Shavuot, God gave the Ten Commandments to the Jewish people on Mount Sinai. At Sinai, the Jews regained the immortal level of Adam and Eve in the Garden of Eden.

Moses’ First Ascent – Following the revelation, Moses went up Mount Sinai to learn more details of the Torah directly from God. At the end of 40 days, God handed Moses two sapphire tablets of identical shape and size – upon which the Ten Commandments were engraved.

The Golden Calf – On the 16th of Tammuz, when Moses had not yet returned from the mountain, the Jewish people began to panic. They sought a new “leader” and built the Golden Calf. Immediately, the Clouds of Glory – the divine protection of God – departed. The Jews had relinquished their spiritual greatness and become mortal again. On the 17th of Tammuz, Moses came down from the mountain, smashed the Tablets, destroyed the Calf, and punished the transgressors.

Moses’ Second Ascent – On the 19th of Tammuz, Moses ascended Mount Sinai again to plead for the lives of the Jewish people. He prayed with great intensity, and after 40 days, God agreed to spare the Jewish people in the merit of their forefathers. On the last day of Av, Moses returned to the people. Their lives were spared, but the sin was not yet forgiven.

Moses’ Third and Final Ascent – Moses ascended Mount Sinai on Rosh Chodesh Elul and stayed in the heavenly camp for 40 days (bringing the total number of days spent there to 120). Henceforth, the month of Elul became a special time for drawing close to God. At the end of the 40 days – on the 10th of Tishrei – God agreed to mete out the punishment for the Golden Calf over many generations. He then gave Moses a new, second set of Tablets.

Moses came down from the mountain with good news for the people: The reunification was complete, and the relationship restored. Thereafter, the 10th of Tishrei was designated as a day of forgiveness for all future generations: Yom Kippur, the Day of Atonement.

Any intelligent person who is scheduled for trial before a mortal king will surely spend sleepless nights and days preparing his case. He will seek the advice of every knowledgeable person he knows who can help him prepare his case. He will go to great lengths to attain a favorable verdict, even if all that is at stake is but a small part of his fortune, and he faces no personal risk.

Should he not do so as well when brought to judgment before the Supreme King of Kings, the Holy Blessed One, when not only he, but his children and his fortune all hang in the balance?

With this in mind, here is some suggested reading for the High Holidays.

Rosh Hashanah and Yom Kippur Survival Kit (Shimon Apisdorf, Leviathan Press) – The award-winning guide to getting more meaning out of the High Holidays. With humor and sophistication, this book offers invaluable insight to the significance of the holidays and prayers. User-friendly format.

ArtScroll Machzor – The most complete and well organized prayer book on the market today. Includes full English/Hebrew text of all prayers, plus explanations, laws and customs. Features a masterful essay on the essence of the High Holidays. Separate volumes for Rosh Hashanah and Yom Kippur.

The Book of Our Heritage (Rabbi Eliyahu Kitov, Feldheim) – A thorough review of the Jewish calendar. Includes month-by-month explanations of all the holidays, laws and customs throughout the Jewish year. A classic. 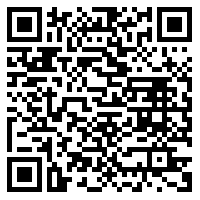