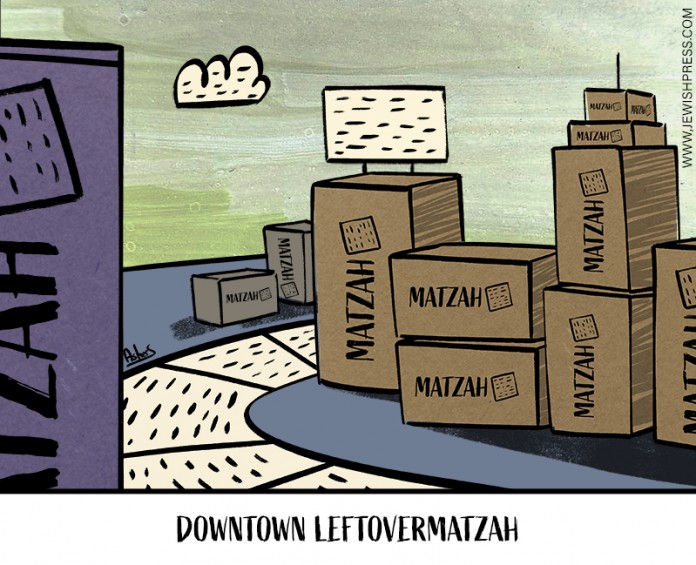 Pesach is unique. Of course matzoh, the kneidlach (for many) and the borscht, all help to create that special flavor by which we know Pesach. But there is far more to it – it is a festival that leads us back to our origins and roots more than does any other. We keep it not merely because we are Jewish in the dullest sense of the term, but because we became Jewish. It is the birthday celebration of the emergence of our people into the international arena and an attempt to relive the unparalleled conditions which surrounded that birthday.

If we can identify with Pesach then we’ve understood very much about ourselves. We will have found most of the answers to the troubling questions which bother many of us, concerning our singularly strange and painful history; the extraordinary expectations the Torah has of us and the sense of isolation we so often experience within the society of nations. We can begin to understand why one of the Haggadah’s four sons finds Pesach, of all festivals, so unpalatable and by the same token why he thereby places himself beyond the pale of Jewish kinship.

Jewish nationhood followed neither the evolutionary or revolutionary process. Centuries of tyranny and oppression had broken the back of Hebrew identity and pride. At least eighty percent of the slave caste had lost the will to maintain a separate cultural identity. The remainder who had retained ancestral links had absorbed many elements of the dominant culture, as well the indoctrination of their own racial inferiority and had all but despaired of a national future.

But decay, in the system of the divine order, (as is so often reflected in the plant kingdom) is the mother of birth and growth. The conditions were ripe, ready for the rising of a new and different genre of race in the family of mankind. One which precisely because of its lack of identity would become the willing and malleable instrument of the Creator in His scheme for the historic process of the moral education of humanity.

Parallel with creation, when against a background of chaos and darkness G-d said, “Let there be light,” the dark womb of Egypt opened for the creation of a people – Israel – forged through suffering to become “A light unto the nations” (Yeshayo).

Unleavened bread, hurriedly made, was for centuries the staple diet of the toiling slaves in Egypt. The rush of the overwhelming labor, the whip of the overseer were always behind them and only permitted the quickest and easiest preparation of their food.

Bread of Affliction – Symbol of Freedom

But the Exodus from Egypt was not a rebellion planned and prepared beforehand. It came suddenly and was manifestly a supernatural intervention of the Divine Redeemer. Our ancestors contributed nothing towards it. l Their Exodus was so little dependent upon their own power and foresight, that they neither did nor could prepare themselves with that most essential food, bread, for their wanderings. With no more than matzoh we left Egypt! Suddenly matzoh for centuries “Hoh lachmoh anyoh,” “This bread of affliction,” the symbol of slavery and lack of independence – now became the very symbol of freedom.

Man’s essential food, bread, and the way it is produced, is a reflection of his behavioral attitude to life2. The addition of yeast to bread’s natural and simple constituents flour and water, through fermentation – a process of disintegration and decay – causes the dough – which in reality is no different from before – to assume new dimensions. Similarly, man, through his control of nature, harnesses its energies, transforms its materials and thereby builds himself edifices over which he declares himself to be sovereign. In so doing he fosters the illusion of his absolute power. Thus obscuring the truth of his limitations – physical, intellectual and moral and of his ultimate dependence on G-d, Who entrusted him with His creation to be directed towards His purposes.

A’ Mighty – Midwife and Nurse

G-d alone delivered the Jewish infant on that fateful night when the chains of bondage and inhumanity were finally sundered. Underlying the event of the Exodus lies the total absence of human agency in both effecting the liberation as well as in planning for subsistence and security for the future. And so Matzoh became the symbol of our nation’s utter dependence on G-d.

Judaism. Through the instrument of the Mitzvos – G-d’s pattern for human behavior – each generation is assured of the opportunity and ability to translate the divine message into terms which are relevant to its current times.

Present day society by which we are surrounded and to some degree influenced, is a world which has become obsessed with consumer materialism, the highest aim and achievement in life being self gratification. The individual’s rights to use and abuse his body have become sacrosanct and inviolate. G-d’s voice, which once echoed in man’s conscience, has been silenced. Life has become totally secularized. The concept of divine law regulating man’s conduct has become an anachronism relegated to what libertines describe as the fanciful imagination of fundamentalists.

The inevitable price being paid for all of this is rapidly becoming extremely costly, crime, drug abuse, environmental pollution, breakdown of both family life and enduring marital commitment, breakdown of commercial integrity in the name of business enterprise, are just some of the coins in this nightmarish currency.

In removing from our control all forms of chometz, the symbol of both human agency and independence, we prepare ourselves to enjoy the inner sense of security experienced through the unpretentious acknowledgment of our ultimate dependence on divine providence – symbolized by existing on matzoh.

In its homes, in actuality its spiritual fortresses, the Jewish people will soon gather once again to toast its unique nationhood and so reaffirm allegiance to the moral order of its founder.

Through undeserved renunciation of chometz the home is established as a vital constituent of a nation which abjures self glorification.

Through matzoh Am Yisroel leans to see its essence in dependence on G-d and in joyful submission to His will and {o His charter for ruman experience and happiness.

Through Pesach we can regain an awareness of the dignity of man, of the sanctity of the human body. We can learn to recognize our own individuality as being a gifted opportunity to make a personal and unique contribution to our historic mission of the elevation and refinement of human nature and consequently the betterment of society at large.

In raising our cups of wine let us rejoice with humble pride over the designation conferred upon every member of our uniquely theo-centric nation “My servant Israel through whom I shall be glorified” (Yeshayo 49:3).

The coronavirus has shaken the whole world most dramatically and terrifyingly, bringing it to a halt as never before since the “mabul” of Noach’s times. Amazingly it is named corona, on account of the virus cells’ resemblance under the microscope to a crown (the significance of which follows).

This may well be heralding the collapse of & trust in both the economic structures of dependence on international trade which have developed especially during the last two decades, as well as those of the enormous advances of technology upon which the world’s societies had come to rely as being the panacea for resolution of all problems3

Correspondingly, belief in a providential G-d and the concepts of prayer & trust in Him, have eroded as have the world’s standards of morality in all aspects.

The stage would appear to be set for the long awaited era, described poignantly in the insertion on Yomim Noraim in the third brocho of the Amidah: “May Your fear & awe encompass all your works and creations, leading to the unification of all mankind and its determination to carry out Your will without reservation”. The climax of which being the ultimate recognition “by all whose nostrils contain the breath of life” of Hashem’s sovereignty and exclusive control of the universe and humanity, thereby finally restoring the crown to its rightful wearer.

Newry had and still has the major contribution to make to mankind’s moral progress. Regrettably we’re not in such good form at present, but ultimately idealism and perfection begin at home. Seder night – a night of family reunion and a night of self reappraisal – is the opportunity to begin again. And this time to get it right! 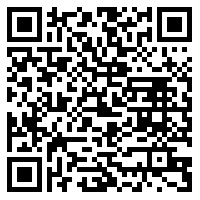