Exodus 22:20: Do not oppress or torment the ger, for you were gerim in the land of Mitzrayim. This is an abstract intellectual argument: what was hateful to you, you should not do to someone else.

Leviticus 19:33-4. Should a ger be among you, do not torment him. Rather, the ger among you must be treated just like a citizen, and you must love him as yourself, for you were gerim in the land of Mitzrayim. I am Hashem your G-d. Here we move from empathy to identification. This command seeks to erase the otherness of the ger; one must love the ger as oneself.

Deuteronomy 10:19 harvests the progression of the first three: You must love the ger, for you were gerim in the land of Mitzrayim. Initially an appeal to our experience generated only avoidance of harm, now it generates love.

Our assumption has been that our experience of gerut in Egypt was one of oppression. This assumption is completely upended by Deuteronomy 23:8: Do not abominate the Edomite, for he is your brother; do not abominate the Mitzri, for you were a ger in his land. Here the experience of gerut in Egypt is recalled as positive, and generates an obligation to treat Egyptians as relatives.

Have we been misreading all along? Perhaps our obligations toward gerim are modelled on the Egyptians’ initial welcoming of the Jews, rather than a reaction to our eventual enslavement.

But our assumption was warranted by the context of the first two verses. Immediately after the Exodus, the phrase “for you were gerim in Egypt” carried an unmistakably negative connotation. We cannot reach Devarim 23:8 without having (mis)read the previous four instances. Why does the Torah want us to initially misunderstand them?

Most theories of ethics ground themselves in sameness; I have obligations toward you because you are like me. Because you suffer just like me that I mustn’t torment you; because we each flourish when loved, we are obligated to love each other. If you are different than me, how can I know that you don’t valorize the experience of oppression, or see love as the enemy of reason?

The French Jewish philosopher Emmanuel Levinas took the opposite approach and grounded ethics in difference. To the extent that we are the same, he argued, we are replaceable. Our infinite value is a product of our uniqueness.

The Torah offers a hybrid approach; Levinas is correct, but difference ethics can only be reached by passing through sameness ethics. This idea is expressed well by the Rabbinic statement that the tzelem/mold of G-d, from which he casts all humanity, differs from every other tzelem in that each sculpture emerges unique. Ex uno, plura.

Deuteronomy 23:8 differs from the previous four in another way; it is written in the singular rather than the plural. This sends us back to Genesis 15:13, which also uses the singular unexpectedly. G-d said to Avram: You absolutely must know that your descendants will be a ger in a land not their own – they will be enslaved and afflicted – for 400 years.

But we were not enslaved for four hundred years. For the prophecy to be true, the period of gerdom must date to before the slavery, and the verse must be sequential: first your descendants will be gerim, and afterward enslaved. This confirms that our gerdom in Egypt includes the period in which Joseph’s Pharaoh welcomed us with open granaries.

Another use of the singular, similarly ambivalent, is Exodus 2:22: He called him Gershom, saying: “I have been a ger in an alien land. Moshe may be expressing his realization that Egypt was never truly home, or else expressing gratitude for his father in-law’s hospitality when he arrived in Midyan.

Abraham and Moses represent the familial and national origins of Jewish particularism, and the ‘Covenant Between the Pieces’ is the blueprint of Jewish destiny. Professor Michael Wyschogrod z”l and Rabbi Jonathan Sacks argue that Jewish particularism is G-d’s protest against the idea that the Good is homogeneous and the good of humanity is homogeneity. By tying our surprising obligations toward Egyptians to Avraham and Moshe’s positive experiences of gerut, and by defining the experience of gerut in Egypt as including both generosity and slavery, the Torah seeks to ensure that our formative memory of our time in Egypt does not calcify into chauvinism, but rather reminds us to appreciate both human commonality and human uniqueness. 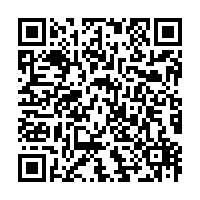