Make a batch of your favorite challah dough.

While the dough is rising: Dice and Saute 3 onions in oil and salt.


Once your challah dough has risen properly take a large chunk of dough and roll it out about ½  inch thick.

Using a one pound container cut out circles of the dough.

Place a tablespoon of sautéed onion in the center.

Pinch the three sides tightly shut to form a hamentasch shape. Note: Pinch it very tightly  leaving very little space in the middle otherwise it may open in the oven.

Let the hamentasch onion rolls rise for ½ an hour.

I also made some regular small challahs for those that prefer it over onion rolls.

Then make the table festive with Striped Fish

Place in a baking pan with a bit of oil and some salt.

Using aluminum foil, tear a strip and fold it about 1 inch thick and long enough to be able to fully cover a whole salmon or trout and twist closed underneath.

Leave about 1 inch in between each silver foil strip.

Cover the fish with 1 inch strips and  1 inch spaces.

Sprinkle salt on the fish.

Sprinkle paprika all over the fish.

Once the fish is cooled lift the fish and untie the silver foil.

Decorate with lettuce, grape tomatoes, and baked vegetables from under the fish.

Thaw a roll of flaky dough.

Using a medium or large round cookie cutter, cut circles of flaky dough.

Put a bit of potatoes in the center.

Prick the dough of the hamentasch with a fork.

Bake on 350° degrees until golden brown.

Serve with mushroom or vegetable sauce.

Note: While it bakes, it will probably open up and will not resemble a hamentasch. In order to fix this, pinch the hamentasch closed while it is still hot and it should look like a hamentasch again.

The base is a waffle bowl which can be purchased in your local grocery.

Dip the waffle cup face down into the chocolate and then into sprinkles.

Make a snow with: 4 egg whites and ¼ cup sugar.

Slowly add to the ice cream mixture until it is the desirable color pink.

Cut a lollypop stick in half

Pour the colored chocolate into a clown chocolate lollypop mold.

Put the half stick where the lollypop stick would be placed.

Use a small scoop to put the different colored ice creams into the waffle base.

Place the clown chocolate lollypop in the center and the chocolate spoon on the side. 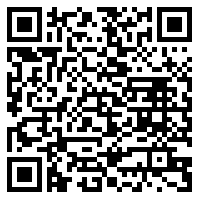