Of the 613 biblical commandments, G‑d selected these ten for special attention. He directly communicated them to Bnei Yisrael without using Moshe as an intermediary, and inscribed them on the tablets that were placed in the Holy Ark within the Kodesh Kedoshim. It is evident that although all the mitzvotare vital, the five carved into the first tablet were chosen because they form the basis of our relationship with the Creator, while the latter five serve as the foundation of our relationship with fellow people. The following is an attempt to delve briefly into the deeper meaning of the Ten Commandments.

I am the L‑rd your G‑d, who took you out of the land of Egypt: It isn’t beneath G‑d – the almighty omnipotent G‑d, before whom “all is considered like naught” – to personally interfere in the workings of this world, to liberate a persecuted nation from the hand of their oppressors. We can always trust that He is watching over us attentively and controlling all the events which affect our lives.

It isn’t beneath G‑d to personally interfere in the workings of this world, to liberate a persecuted nation from the hand of their oppressors.

2. You shall not have other gods in My presence: G‑d is the only one who controls all events and occurrences. No other entity – not your government, not your boss, not your spouse – can benefit or harm you, unless G‑d has so decreed. Every one of us shares a special relationship with G‑d, and no power can interfere with or disturb this relationship.

3. You shall not take the name of the L‑rd, your G‑d, in vain: The above-described relationship may indeed be intimate and personal, but you must never lose perspective – He’s your Creator, not your buddy.

4. Remember the Sabbath day to sanctify it: Maintaining this relationship with G‑d requires effort on our part. All too often, we are so immersed in our daily routine that we forget that in actuality it is our connection with G‑d which matters most. Therefore, G‑d commanded us to allocate one day every week for “relationship maintenance.” This is Shabbat, a day to focus on the real priorities in life, and to draw inspiration for the following week.

5. Honor your father and your mother: Why is this commandment included in the “between man and Creator” tablet? Doesn’t this command belong on the second tablet? Perhaps the lesson is that although we owe everything to G‑d, we must not forget to express gratitude to those people whom G‑d has empowered to help us in our journey through life. As the Talmud says: “The wine belongs to the host, but thanks is [also] said to the waiter.”

Although most of the following prohibitions are admonitions against egregious sins which most of us wouldn’t even consider committing, these prohibitions have subtle undertones which are applicable to every person.

1. Do not murder: Murder is a result of one person deeming another person totally insignificant. In truth, every human was created by G‑d in His holy image, and therefore has an innate right to exist. The first message we must internalize is the importance of respecting every individual. G‑d thinks this person is important; so should you.

G‑d thinks this person is important – so should you. 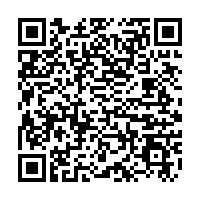