Raise your glass of champagne to toast the holiday season.  And then, before you take your first sip, ask yourself this question:  where do the bubbles come from?
You see them, don’t you – those strings of tiny bubbles rising steadily from the bottom of your fluted goblet?  They seem to appear out of nothing and come from nowhere.  And yet they keep coming, like refugees from some parallel universe escaping through an inter-dimensional portal, yearning to be free.
The explanation is quite simple.  What is more compelling is how the mystery of champagne bubbles can lead us to victory in the modern culture wars.
It can also provide a deeper insight into history’s first culture war, which culminated in the miracle of #Chanukah.
TRAPPED IN THE DEPTHS
An average glass of champagne contains about 20 million microscopic bubbles, produced when fermentation under pressure forces carbon gas into wine.  The relatively few bubbles that rise to the surface burst and release their CO2.  As for the rest, the even distribution of internal pressure across the surface of each bubble keeps the gas trapped within.
Along the interior surface of the glass, however, are tiny imperfections.  When bubbles come in contact with any such imperfection, the slightest change in pressure at the point of contact is enough to cause them to burst.  Once released, the gas inside streams upward to the surface in a race for freedom.
Now think of champagne as an allegory for life.
A WORLD OF BUBBLE-DWELLERS
Never in history has a society been more comfortable than in this generation. Our homes are climate controlled within a two-degree range. Our cars have automatic entry, heated leather seats, and full entertainment centers. We buy our groceries and holiday gifts with the click of a mouse and wait for them to be delivered by bonded messenger or drone. We text people in the same room and find it too burdensome to open our email.
And what do we have to show for it? We have lost all ability to cope with inconvenience, delay, and change. A website refusing to load, a text not returned in 15 seconds, or our favorite TV show interrupted by an amber alert — these are the crises of our times, the insufferable challenges of our era. It’s both laughable and tragic to imagine how we would manage had we to face the hardships of the crossing of the Mayflower, the Great Depression, or the Battle of the Bulge — let alone Auschwitz or the Soviet gulag. The plight of Syrian refugees across the sea is too horrific for us to even contemplate.
So we don’t. We’re too comfortable inside our bubbles, insulated from the cold, hard realities that most humans have had to endure through the ages. We hide away from the rest of the word, until something pricks the surface to burst our bubbles — leaving us in pieces and gasping for breath.
But really, we should be grateful for those pinpricks, both great and small. Like the gas that remains trapped beneath the surface, our own potential for greatness remains dormant within us until we are forced to confront the sharp edges of life. Instead of trying to hide from them, we need to prepare ourselves for when they inevitably arrive.
HIGHS AND LOWS
This was the state of affairs in Judea under the rule of the Seleucid Empire 2180 years ago. The prevailing culture of Greek philosophy worshipped aesthetic idealism. Graceful lines, elegant syllogisms, and harmonic symmetry represented the highest expression of human civilization.
But it also represented the lowest. Where the ancient Greeks revered physical and intellectual beauty, they abandoned children with physical deformities or mental impairments and left them to die. They valued the philosophic sophistication of their greatest thinkers less for its content and more for the polished sophistry of its expression. They ruthlessly stamped out all dissonance – as they did by sentencing Socrates, the greatest among them, to death for the crime of exposing the logical contradictions of their philosophy.
Enamored with the cultural idealism of Greece, Jewish Hellenists believed they could blend their practice of Judaism with the prettified ways of their masters. But Jewish philosophy demands that we challenge the external status quo, that we push our personal boundaries outward even as we strive to refine our commitment to the traditions on which our nation is founded. It is a prickly discipline, one in which bubbles cannot long survive.
And so the culture of Greece tried to swallow the soul of Judaism. But in the end, the weak rose up against the strong and the few prevailed over the many. Instead of capitulating to the apparent inevitability of their defeat, the Jews fought for their physical and spiritual lives. By doing so, they broke through the boundaries of what anyone imagined possible, and they set free the potential that would have remained forever hidden if the Greeks had not tried to crush it into non-existence.
And when the hidden spark of determination inside them caught fire, it lit up the darkness of exile, just like the tiny container of oil that burned miraculously for eight days – a sign of divine favor because they refused to exchange spiritual identity for the comfort of cultural superficiality.
When we reject comfortable confinement and fight our way out of the bubbles we live in, there is no limit to the miracles we can expect to see in our daily lives.
Advertisement 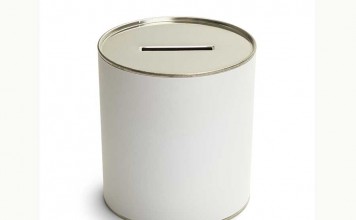