“Because back home, the garlic grew in the wheat fields.”

Growing up, that was how my father used to explain why some people had the custom of not eating garlic on Pesach. It seemed a little bizarre to us kids, because garlic was garlic and wheat was wheat and, after all, even matza was made out of wheat, but as my father explained, that was the tradition that had been passed down for generations. And therein was the second lesson that my father taught us as we discussed Eastern Europe farming practices – that traditions were to be respected and carried on, even years later when the original reason no longer applied.


As a yom tov that is already rich in both symbolism and stringencies to prevent even the possibility of creating or ingesting chometz, there is no doubt that minhagim abound over Pesach. Many members of the Lubavitch community avoid all dairy products for the duration of the holiday, while also skipping fruits and vegetables that cannot be peeled. Also foregoing a typically accepted produce item are Belzer Chasidim who don’t eat apples throughout the holiday. According to Chazan Yaakov Lemmer, the custom dates back many years to a time when someone found what they believed to be a grain of wheat at the Belzer Rebbe’s tish on Pesach. The tish was immediately halted as the potential grain of wheat was investigated, and although it was finally determined to be nothing more than an apple seed, the incident sparked the Belzer apple ban.

The Chasidic minhag of not eating fish has many using ground chicken to create a gefilte fish substitute known as “falshe,” or fake, fish. According to one source, fish were declared off limits because at one time they were packed for shipping with alcohol soaked cotton balls in their mouths in order to keep them fresh, while the Pri Megadim brings down that fish were often wiped down with whiskey in an effort to mask their less than pleasant aroma. Humans of Judaism founder Nikki Schreiber grew up hearing how her grandmother would bring fresh carp and whitefish home from the market after Purim, leaving her finned friends swimming in the family bathtub for the next few weeks. The fish were fed a strictly chometz free diet in order to eliminate the possibility that they might contain any chometz when they appeared on the yom tov table. Similarly, Jews of German descent typically refrain from eating chicken on Pesach to prevent the difficulties that could arise should kernels of grain be found in the chickens’ stomachs after their slaughter.

Surprisingly enough, there are even those who avoid matza over Pesach, eating only the required amount at the Seder. In an article that appeared in Ami Magazine, Rabbi Tzvi Hersh Friedlander, the Liska Rebbe, explained that the custom evolved out of concerns that portions of a matza could be improperly baked and could become chometz if they came in contact with water. The Liska Rebbe’s son, Ezra Friedlander, confirmed that he washes for Hamotzi only twice on Pesach – on the two Seder nights.

Even something as innocuous as water can be suspect, according to some. A 2013 Haaretz article confirmed that no water would be pumped from the Kinneret over Pesach on the off chance that it contained some form of chometz. Reports on Israeli news site Walla discussed families who were worried that their tap water could be similarly tainted, prompting them to prepare large chometz-free jugs that they filled with water to be used on Pesach.

Another food that on the surface should pose no problems is sugar, but it too has come under the proverbial magnifying glass. The Chasam Sofer is said to have abstained from sugar over Pesach because of unscrupulous merchants who mixed less expensive flour into their sugar in order to fatten their profit margins and even today there are some in the Lubavitch community who melt their sugar in order to strain out any potential impurities. The Rama avoided honey on Pesach because of possible additives that could be problematic and there are those who abstain from all spices on Pesach because years ago spices were stored in flour to keep them from absorbing moisture and rotting.

As anyone who has ever made Pesach can tell you, crumbs are the enemy in the days leading up to the holiday. According to Walla, Rabbi Shalom Schwadron was known to tie a plastic bag around his beard one week before Pesach so that any small pieces of chometz that broke off of food he was eating would not inadvertently get transferred to an area of the house that was already chometz-free. Also looking to prevent the accidental spread of chometz was a Brisker rebbetzin who reportedly placed socks on the feet of her chicken when they came inside so that any outdoor chometz that might be stuck to their feet would not get tracked into her home. Concern that floors might still contain bits of chometz even after being scrupulously washed gave way to a minhag not to eat any food or use any silverware that fell on the floor over Pesach. And taking the uh-oh-what’s-on-the-floor concept one step farther, a Chabad rabbi from Bnai Brak has a custom of not kissing crawling children on Pesach on the off chance that they have bits of chometz or wet matza stuck to them that could be accidentally ingested while giving them a smooch.

With its many songs, unusual foods and interesting practices, the Seder offers plenty of opportunities for family customs to be on display. Following the minhag of his great grandfather, Rabbi Elozor Preil, Eliyahu Teitz of the Upper West Side skips the usual potatoes and parsley for karpas, dipping bananas into salt water instead. Known as the Teitzer minhag, the custom was intended to ensure that people would know that the correct bracha on bananas is ha’adama, even though they grow on trees, while also keeping children involved in the Seder as they questioned why bananas were being used. Also in the department of arousing kids’ curiosity is the Northern African tradition of rotating the Seder plate over each participant’s head, an act that is also believed to draw heavenly auras.

In addition to the Telzer custom of walking around the table with sacks while reciting avadim hayinu, Persian and Kurdish Jews hit each other on the back with scallions as they say the word dayeinu. No scallions? Fear not – any karpas appropriate vegetable can be used as a reminder of the many whips that have been used to beat the Jewish nation throughout history.

One custom that might raise eyebrows is a practice brought down by Rabbi Moshe Meir Weiss of men pointing to their wives while saying the words “maror zeh.” Far from being a derogatory remark, the words allude to the Egyptian practice of swapping gender roles, which left Jewish men doing housework while their wives’ lives were embittered as they were forced to perform heavy labor. The custom can also be explained by a medrash that says that only married men who were enslaved as a means of limiting the Jewish population’s growth. Gesturing towards one’s wife while discussing the bondage of Egypt symbolizes the fact that while Jewish men in Egypt knew that taking a wife meant that they would have to perform back breaking work, it was a small price to pay for continuing the holy tradition of marriage.

Be sure to save a small piece of the afikoman, which is an integral part of several minhagim. Some keep the afikoman in their wallet as an omen for wealth or for protection on a journey. According to Rabbi Shlomo Amar, Jews emigrating from Morocco to Israel via France years ago ran into a storm that nearly capsized their boat and were saved when a man threw an afikoman piece into the water, causing the storm to immediately subside. There are those who hang piece of the afikoman near their front door to protect their house, while others keep some of the afikoman on their wall so that when Moshiach comes they can prove that they ate the afikoman in lieu of korban Pesach this year.

The list of curious customs goes on and on. There are those who only use unwashed eggs because the solution used to clean the eggs might contain alcohol. There are members of the Middle Eastern community who don’t eat chumus simply because the word sounds too much like chometz. And then are people who eat a hanging salami at the second Seder to commemorate Haman’s hanging which took place on the 16th day of Nisan in Shushan.

Whatever your minhagim, by all means embrace them wholeheartedly and pass them down to your children. There is something uniquely humbling about doing things that you know were done by your ancestors 100 years ago and appreciating that you are a link in a chain that stretches all the way back to Yetzias Mitzrayim and will continue on through the next generation. So whack your loved ones with scallions, if that is your family custom, or skip the garlic if that is what Zaidy did back in the old country and be proud to be carrying on the traditions that make you who you are, whatever they may be. 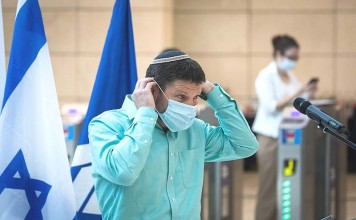 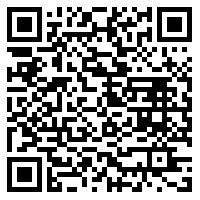