Ze’ev Jabotinsky, the Zionist leader and prophet, wrote in 1911 an article, “Four Sons” his take on the narrative traditionally read on Passover. A profound understanding of the story of the Exodus of the Jewish people from Egypt at Passover, Jabotinsky’s story is said to be adapted to the psychology of four typical children.


Jabotinsky wrote: “The first is clever, the second is impudent, the third a simpleton, and the fourth “such that he doesn’t even know how to ask”. And each must be answered in order, according to his tastes and measure of understanding.

The Clever: The clever boy wrinkles his high forehead, gazes searchingly with his big eyes and wants to know what really the matter was. Why did they first love his forefathers in Egypt, welcome them with open arms, and then begin persecuting and tormenting them, and, so queerly they kept on persecuting and tormenting them and throwing the baby boys into the rivers, but wouldn’t for anything let them go. What was the explanation, Daddy? – asks the clever boy.”

The Impudent: The second boy is “impudent” – there he sits – lolling back in his chair, crossing his feet and grinning ironically – and asks – what are all these funny customs and memories of YOURS? All this silly old nonsense should have been forgotten long ago! “Blunt his teeth” says the ritual of the Passover concerning this son. But I doubt if his teeth can be blunted … for nothing is more unvanquishable than indifference. Nothing can touch him, once he says of his own people, “you”, you can give him up … He will go on grinning at you with all his teeth, and nothing that you can do will blunt them. And, indeed, you should not blunt the teeth of this son. Let him go on his way with strong teeth. Poor fellow, he will need them in the encampment of the triumphant whither he is drawn. He will have to crack hard nuts there, and the hardest will be the nut of contempt. Often and often will he have to take kicks in answer to loving speeches, be spat upon in answer to his flattery …

The Simpleton: The third boy is the simpleton. His eyes are honest, clear and direct. He is not of those who inquire, discover and excavate contradictions. For him the world is simple and indisputable. He loves to believe and worship with the simple faith of the primitive man … an artless, single-minded trustfulness. “Daddy” he says, and planting his elbows and pressing his chest on the table, he stretches out his neck and turns to you … believing already everything you will tell him, for he wants to believe, “Daddy, when will a better time come?”

Then tell him gently and simply about everything that is happening now in the great illimitable Diaspora. Tell him how in a thousand different places, the newly scattered temple of the undying people is being raised by a thousand hands. Tell him how gradually the hitherto scattered national will is being unified before our eyes, how again a real people is being created … like all healthy nations … Tell him how everywhere, with every day the pride and respect for our own individuality grows … Tell him what wonderful poets are now writing in our tongue, and how beautiful … this tongue is … And tell him further how gaily the colonist’s children are chattering in this language in Palestine. And how … by great labour … through a thousand obstacles … something new is rising and growing there.

The One Who Doesn’t Know How to Ask:  The fourth boy does not know how to ask. He sits at table sedately, does everything properly and it does not even enter his head to ask what it is all about and why. According to the ritual, you should not wait for his questions but tell him of your own accord. I disagree …there is sometimes a higher wisdom … in that a man takes something from the past without question, without curiosity as to causes or effects … According to the ritual, you should tell this son about everything that he does not ask. But I think, let the father too be silent and … kiss this son on his brow, the surest keeper of the sacrament.”

As Ze’ev Jabotinsky in another essay entitled  “What Are We to Do?”wrote the “… one permanent assignment that is entrusted to each of us, old and young, men and women, educated and ignorant, as a group and as individuals; this assignment is the defence of our people’s honor.” Indeed the honor of the Jewish people is all important – educating our children to love our people, Jewish tradition and the Torah, and to love Israel. Am Israel Chai. 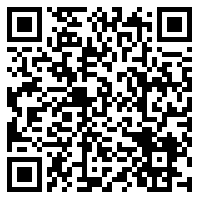