The last Mishnah in Sota describes the situation right before Mashiach comes. The Mishnah there lists several things that will occur during ikvisa d’meshichah. For example, chutzpah will be prevalent, the economy will deteriorate, and youngsters will embarrass elders. The Mishnah also says that the Galil and the Gavlan (a border city) will be destroyed; the people on the border will have to relocate from city to city without finding a respite. The Mishnah concludes that we will have no one else to rely on but our Father in Heaven.

In 2006, a sefer documented how most of the events listed in this Mishnah had already occurred. The sefer said at that time that all of the predictions had been realized with the exception of the Galil, the Gavlan, and the relocation of the people on the border. Then, on Shivah Asar B’Tammuz of the year 2006, a war broke out on the Lebanese border and thousands of missiles were fired into Eretz Yisrael. As a result, more than a million people relocated to central Israel to take cover. Miraculously, Hashem stopped the war right before Elul, and according to many, Israel had lost this war. There were many casualties, and Eretz Yisrael sustained much damage.


Harav Moshe Sternbach, shlit”a, said then that proportionate to the number of rockets that were fired into civilian-populated areas of Eretz Yisrael, the limit to the damage was nothing short of gilui Shechinah as great as at Yetzias Mitzrayim. (How much more so can be said about the recent firing of rockets into Eretz Yisrael years later, when Hamas has more sophisticated rockets!)

The sefer Matzmiach Yeshuah, which came out that year in Elul, claimed that the war of 2006 was the fulfillment of the last part of the Mishnah. The Galil was destroyed, the Gavlan was attacked as well, and millions of people had to relocate.

Why are these necessary components that must take place before Mashiach can come? Rav Yeruchem Levovitz zt”l, the Mirrer mashgiach, writes in Da’as Chachmah U’Mussar (chelek 2:27, 28) that in order for Mashiach to come we must feel that we have no one to rely on except our Father in Heaven. When millions of people have to relocate from their homes, who else can we rely on?

On Shivah Asar B’Tammuz in 5766 Hashem again sent this same message to us by removing some of our “walls.” This was an opportunity to realize that we can only rely on our Father in Heaven. However, normal life resumed, with normal daily activities, and the message was lost.

Nearly eight years later, one week before Shivah Asar B’Tammuz 5774 (2014), with the Gaza War, Hashem gave us another opportunity to realize that we have no one else to rely on other than Him. This time the rockets were far more sophisticated and reached all over the country. There were no safe cities and nowhere to relocate to. We must take note that even with the increased number of rockets, there were practically no casualties or damage.

Every person is designed to have “walls” on which he relies. Shivah Asar B’Tammuz is the day when Hashem removes our “walls” of protection in order that we can rely on Him. It is not the Iron Dome or anything else that is saving us; it is our Father in Heaven.

Look at how the world scene has changed since Shivah Asar B’Tammuz 2006. Hashem has already removed so many of the “walls” that we used to rely on. Since then Hashem has completely breached the “wall” of America. No longer can anyone honestly trust in America. Hashem arranged for a man to become president of this once super power who has not a clue how to handle much of anything, let alone the major crises that are facing the country and the world.

If we will come to the realization that we have no one but Avinu Shebashamayim, we will all be zocheh to see this Tisha B’Av turn to a Yom Tov, and we will rejoice with the return of the open malchus of Hashem. 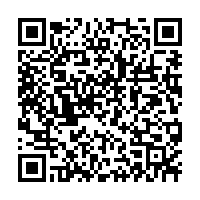