It was an amazing thing when my older sister, Chaya’la, finally entered high school. It was a declaration to my siblings that we were all growing up. Sure, I was many years younger, but sooner or later I would be there too.

On her first day back, I found her in her room, busily sorting out her already-full loose-leaf. I hesitated a minute before asking, “So what was it like?”


Chaya’la paused importantly, and then said, “Oh, it’s great – but real busy, too!” She stopped working on her loose-leaf and started on rifling through her notes. “I just hope I get a Job.”

My fingers froze on my carry-around blanket (aka Blankie). “A Job?” I echoed. For some reason, I knew it was with a capital ‘J’.

“Yes, Job.” Chaya’la looked up with serious green eyes. “All the good, smart girls get Jobs in high school. I mean, that’s one of the most important aspects, Libby! Well, I better get one.” She turned back to her important, big-girl things.

I contemplated this as I sat on the window-seat and watched the busy people on the street hurry to and fro. A Job…good girls… “I’ll get one,” I whispered furtively to Blankie. “I’ll be one of those good girls.”

Then Chaya’la became part of G.O., one of the most prestigious Jobs a girl could get. I watched the endless stream of well-wishers constantly flooding our home, counted the amount of times her name appeared in the school newspaper, and wished with all my might to be like her one day.

Well, there was just one problem; I wasn’t Chaya’la and I probably never would be. I was thinking this as I sat in the principal’s office, watching the way her mouth formed her quiet yells. At that moment, I was in my first week of high school and desperately wishing I wasn’t anywhere at all.

“Chaya’la this, Chaya’la that…” was all I was hearing and I was getting sick of it. It’s not one size fits all! I wanted to yell to anyone who would listen. Chaya’la was serious – I was not. Was there something wrong with that?

And yet that was just the problem; my relatives, sure I was one of the top students, were pressuring me about the Jobs. “Nu?” they would ask as the months – and eventually years – passed and I didn’t get one. I always pretended I hadn’t heard the question.

In the meantime, I continued my antics. That was me, Libby Weiser—the fun-loving girl who rocked the classroom and had real guts. I was rarely in class from being punished so often, and had a way of managing to always break the rules. In the meantime, I kept avoiding those closest to me.

One day on Pesach vacation, I was sifting through Chaya’la’s photo albums when I came across a G.O. picture. There was Chaya’la, smiling brightly amidst two other G.O. girls, looking like the perfect student.

And everything came crashing down.

I never got a Job, I realized for real this time. My breath caught and I leaned back heavily into the wall behind me. I never got a Job! Memories tumbled back to me, halted and tentative. A Job…good girls…

I wanted to be a good girl, just as I’d told myself all those years ago. But could I? Could Libby Weiser, the class clown, ever be the one to be privileged with a high school Job? It just didn’t seem within my future.

“Please, Hashem,” I begged to the heavens that night, “I’m not asking to be on G.O., but please give me a Job for everyone to leave me alone!” I tensed and waited for an answer.

It came from within my head. Well, first you prove yourself!

I broke out in a cold sweat, clutching my head. Me, be good? Well, I could try. How hard could it be to stay quiet, anyway?

Very, as it turned out. Being loud was in my blood, in my DNA, and you can’t change your DNA. Besides for that, it was my impulse to call out and disturb. I couldn’t even stop myself from doing so, and that fact was horrifying. Never mind that I tried everything (bringing magazines to school, asking advice). Nothing worked.

It was a hard fight, but I was determined. It wasn’t only that I wanted a Job – I was doing it for myself, too. For my own honor and soul, I wanted to be good. I was terrified that I wouldn’t get a Job and would have to tell my family so. So maybe, I told myself, distancing myself from them will prepare them mentally for the bad news.

Up until now I’d never been a girl who’d put much kavannah into my prayers or such things, but now, suddenly, that was my entire being. Hashem was in my thoughts every day, every minute. Please let me be good today, or Let my family understand. In a funny way, I was becoming a better person.

Yet something, I felt, something…was wrong. “Send me a sign,” I whispered to the heavens again. “Let me know what’s missing!”

I didn’t find out until my teacher assigned us a report. My topic was emunah, and I promptly started on it. One requirement was to write an emunah story, so I sifted through Chaya’la’s file. I found a good story and copied it over.

It was only that night when I realized my horrifying mistake.

“The story, Libby! The answer’s in the story!” I clapped my head and dashed out of bed to read the story with concentration this time. It was about how two men went to a rebbe to seek advice on how to get a child. Both received the same advice – daven hard – and both did as instructed. Only, one of them was blessed with a child because he’d bought a crib immediately, thus showing his emunah that he believed it would happen, while the other doubted the rebbe’s wisdom.

My life fit perfectly into the story. Sure, I was trying to be good, but I was lacking my emunah. Did I really believe that Hashem would help me? If so, then why was I avoiding my family? Because I didn’t really think I would get a Job. I was doubting Hashem.

So I worked on myself – I started to believe.

If being good was hard, this was twice as hard. Many times I would lock myself in my room and look into my mirror. My reflection was tired and worried, but my eyes told me, in their hidden way, Things will change. The time will come when you’ll be there – you’ll win. I would shut my eyes and imagine that day, that day that would never happen.

The end of eleventh grade approached, and one day our principal called our grade down to the auditorium. This was unexpected, so we worriedly whispered among ourselves. Our principal smiled when she noticed our concern. “Not to worry,” she announced. “Only good news – in a few weeks…the eleventh grade will put up a Shavuos play!”

We whooped and pumped our fists into the air. We deserved it! But then our principal dropped the bombshell. “As for the two heads of play…”

The auditorium hushed instantly. It was so quiet you could hear the squirrels chattering outside. The girls around me squirmed, hoping to hear their names. I, on the other hand, sat comfortably. I certainly wouldn’t be hearing my name.

Through the noise that followed I closed my eyes and pictured the G.O. picture I’d found. Only this time, instead of seeing Chaya’la’s face, to my surprise I saw my own. I sat up, heart pounding. My hands twisted in my skirt. What was I thinking? It wouldn’t be me; that was impossible.

Time stopped. In slow motion, our principal raised the mike to her mouth again, and I watched the way her mouth formed her following proud words.

And in that split second, I discovered that things were possible.

I sprang up, curtsied to the stream of well-wishers flooding my ears, counted the times my name was called out, and knew my wish had come true. My moment of triumph had arrived. Life had built up walls around me, but with my emunah I had them crashing down around me.

I was walking down the hallway to call my mother when I caught a glimpse of myself in the school mirror. My reflection looked bright and happy, and my eyes told me, in their hidden way, Everything has changed. The time has come – you’ve won!

I knew I’d been given a great opportunity. With gratitude towards Hashem, I called my mother and said, “Ma, I got a Job.”

That day in high school taught me a valuable lesson. You see, the problem of today’s generation isn’t so much their lack of respect. Rather, it’s their inability to believe in themselves. Instead of recognizing the power Hashem gave them and using it for the good of the world, they choose to let themselves be beaten by life, when really they should be becoming better people from that. 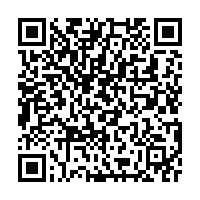