Frinkiac FAQ is an enjoyable search engine for people who love The Simpsons, and enjoy using Simpson quotes or scene plots to make themselves appear cool and with it—or find a shiduch. Created by Paul Kehrer, Sean Schulte and Allie Young, the search function will offer you a Simpson quote on anything, often a whole bunch of them.

Frinkiac, named after Springfield’s mad scientist Professor Frink, was launched on Tuesday. It collects every quote from the first 15 seasons of The Simpsons, and offers them with screenshots from the exact moment they happened.


The search is limited to the show’s subtitles, you have to search for things that were actually said on the show and where subsequently indexed in the database. You can’t find scenes based on a description of what was happening in them, only what the closed captions said.

Frinkiac cuts every scene into 100 parts, takes the average color of each part, and compares its coloration to the most recently saved image. If they’re different enough, you’ll get a new screenshot, with minimal redundancy through the hundreds of hours of video being parsed.

Being of the Jewish persuasion, we went with several Jewish key words, which yielded a bunch of scenes. When you pick one image, you get a large screenshot from the episode, the quote, and you then have the option of producing a meme of the scene. A Text area allows you the edit the meme’s text, which is so very fun. 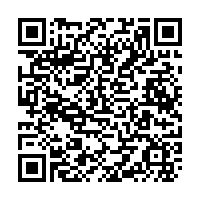