We are currently living in a transitional phase of monumental proportions and far-reaching consequences. Our religious beliefs are being challenged as never before. We are forced to our knees due to extreme shifts and radical changes in scientific discoveries; our understanding of the origins of our holy texts; our belief in God; the meaning of our lives; and the historical developments of our tradition. We find ourselves on the precipice, and it is becoming more and more of a balancing act not to fall off the cliff.

We keep asking ourselves: Can we survive and overcome? What are the tools to make that possible? Or, shall we drop our earlier beliefs, give in and admit our defeat?


In the old religious climate everything was certain. We knew the truth. Traditional Judaism gave us the foundations, and everything was under control. The tradition was safeguarded behind shatterproof glass, well protected and unshakable. But now, all certainty is affected by skepticism and the glass has been broken.

Today, faith dangles in the free flow of doubt, and we need to learn how to live in this new stratosphere.

The truth is that Jewish Orthodoxy (from the Greek orthos (“true” or “right”) and doxa (“opinion” or ‘belief”) never existed. Originally, Judaism was highly unorthodox. While it always believed in God and Torah, it never offered any specifics of what God meant or what Torah consisted of. That was left to speculation, never to be determined. The early Sages, as testified by the Talmud and philosophers, disagreed on some of the most fundamental issues of faith.

But over the years we wanted more certainty. We wanted it handed to us on a silver platter, so that we could avoid debates and live a life of religious comfort, apathy and mediocrity. Influenced by other religions, we adopted the need for cast-iron certainty and psychological security. So we began to rewrite Judaism in a way that would fit into the notions of established religions — well structured, with a good dose of dogma. What we did not realize is that by doing so, we misrepresented Judaism by losing sight of the plot, thus doing it a great disservice.

We need to realize that our epoch of uncertainty is in fact much more conducive to authentic Judaism than all the conviction we’ve had in previous generations. It forces us to rediscover what Judaism is really about and gives us the opportunity to rebuild where rebuilding is required and leave untouched what should remain untouched.

Because we are compelled to reconsider, we will delve more deeply into the great resources of Judaism and stay away from all superficiality to which Judaism has lately succumbed. The greater the challenge, the more profound are the discoveries. Knowledge is important, but doubt is what gives you an education.

Moreover, we will actually be able to enter the minds of all those biblical figures who lived in constant ambiguity about God and the Torah. Avraham’s great doubts concerning the reliability of God in connection with His request to sacrifice his son Yitzchak was a most traumatic experience. It was the pinnacle of religious uncertainty.

Moshe’s bewilderment at not knowing who God was when he asked to see Him and God’s refusal to reveal Himself are the climax of intense religious struggle. In the desert, the Israelites asked whether God was among them. This came close to pantheism or even atheism. Nadav and Avihu’s unauthorized offering of a “strange fire” in the Tent of Meeting came from a feeling of ambiguity about whether the only way to serve God was by merely following the strict demands of halacha as given by God, or whether one could explore new avenues to divine service.

On one occasion, the Israelites were not sure whether the Torah was indeed the word of God. Korach challenged this very belief and declared that it was not from heaven and that Moshe and Aaron were not prophets (See the Jerusalem Talmud, Tractate Sanhedrin, chapter 10). This must have caused a major crisis among the Israelites.

The Torah gives evidence to a most difficult religious journey traveled by the Israelites, full of doubt, struggle and trauma. Surely some of these doubts were more existential than intellectual, but the latter cannot be disregarded.

Once we realize that uncertainty was part of the biblical personality, we will have a much better grasp of the text and what Judaism is actually claiming. But this is only possible when we find ourselves challenged by those very existential doubts.

There is nearly nothing greater than the free flow of doubt in today’s society. It offers us unprecedented opportunities to rediscover real religiosity. In contrast, the quest for certitude paralyzes the search for meaning. Uncertainty is the very condition that impels man to develop his spiritual and intellectual capacity. Sure, this is a risky undertaking, but there is no authentic life choice that is risk free. Life means constantly moving and growing, whereas organic matter that fails to shift and grow decays and will eventually die. So it is with man’s religious life. The role of religion is to accommodate the blossoming of the human soul and to prevent man from descending into a place of spiritual stagnation.

While our not-so-distant forefathers in the days of the emancipation walked out and left Judaism behind, declaring it no longer relevant, we know better. We won’t take that cheap and easy road. We know that Judaism is much too great to abandon, even if there are obstacles along the way. We are aware that Judaism stands head and shoulders above anything else, and that no philosophy or religious practice can replace it, but we have yet to discover what it is that gives Judaism its unique profundity.

We still walk in our childhood shoes, knowing that we have not yet entered the world of adulthood. Aus dem Kindes–in das Mannesalter(German for “from childhood to adulthood.”) (Professor G. Heymans,Inleiding in de Metaphysica (Dutch), [Einfuhrung in die Metaphysik in German]. Published by Wereldbiblioteek in Groningen, the Netherlands: Wereldbiblioteek, 1933, Introduction by Professor Leo Polak). We realize that we must be careful not to obscure the real idea of growth, which is not to leave things behind us, but to leave things inside us.

What we all know deep down is that we have to renew Judaism fromwithin. Not by letting it go, but by raising it up. Not through Reform and Conservative Judaism, or Orthodox dogma, but through a radicalpurifying process that will take years. Until now, we have been busy digging and have found some very interesting elements, but we have not yet hit rock bottom and our findings have been too superficial and too few to make a breakthrough.

Over the years, we have covered Judaism with too many clinging vines, to the point where we can no longer see or even recognize das Ding an sich, “the thing in itself.” A thick scab has grown on Judaism, and it needs to be scraped off. We have to expose the founding pillars and build a superstructure. We must recognize that the barer Judaism gets and the more uncertain we become, the closer we get to where we need to be, until we hit the core. It will manifest itself in many opposing colors, creating an enormous, beautiful canvas. In this new setting, it will be clear that religious uncertainty is one of the most powerful ideas; it keeps us on our toes. And it will give us great insight into Judaism’s core beliefs.

Beneath the clinging vines are divine words. For too long, we have mistakenly believed that Judaism is the clinging vine itself. Yes, it had its purpose, but that is not where we will find divinity. It is deeper down, beneath the layers. The time has come to remove it.

But it has to be done slowly and in such a way that we do not harm the core. We must remove outdated ideas, often borrowed from other religions; remove the galut from halacha, which became overly defensive; and have the courage to see a new religious world emerging, which will offer us the authentic meaning of the divine Torah and mitzvot.

It will be painful for those who are looking for absolute certainty. We understand the anguish it will cause. But there is no turning back, and after a time the joy of uncertainty and of discovering the deeper meaning behind Judaism will be immensely greater than that which certainty could ever offer us.
The goal is not at all to be sure that the Torah was given at Sinai, or that all its stories are true. There are very good reasons to believe it is, but we don’t know for sure and we should not know for sure. Is it not marvelous to take a leap of faith and live according to something that one cannot be sure of? Of what value are convictions that are unaccompanied by struggle? 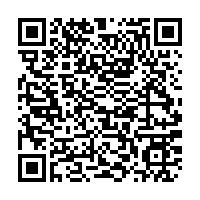