It is most disturbing that for the second time in almost 315 years the celebrated S&P (Spanish and Portuguese Jewish community of London), an affiliate of its mother synagogue in Amsterdam (of which many of my ancestors have been members for generations), is at the center of a major eruption within Orthodox Judaism due to the small-mindedness and deliberate misinterpretation of their rabbi’s views by some of his colleagues.

On the 20th of November 1703, the venerable Chacham David Nieto (1654-1728), chief rabbi of the S&P and a great Talmudic scholar, philosopher, mathematician, and author of his remarkable magnum opus, Matteh Dan, was accused of being a secret follower of the Dutch, Jewish, Portuguese-Spanish world class philosopher Baruch Spinoza (1632-1677), who had turned his back on Judaism and declared that God was transcendent but not immanent, denying His involvement in the affairs of humankind and even His being the Creator of the universe. This doctrine, called pantheism, also suggests that God is not a Personality to Whom we are able to speak, or Who can reveal Himself to humankind through some type of verbal communication.


Chacham Nieto, in an attempt to refute deism (a very popular belief among philosophers of his time), which teaches that the living God created the universe but is no longer involved in it or in the affairs of humankind, said that God and nature are one and the same. By this he meant to say that God is not only transcendent but also immanent and, as such, deeply involved in the world. Unfortunately, he used the same words that Spinoza had used to explain his pantheistic views: God and nature are the same. Misunderstanding Chacham Nieto’s words, the Ma’amad (lay leadership of the S&P) thought that he was supporting Spinoza’s pantheism. They accused him of heresy and wanted to fire him. When this matter came to a head, shaking the foundations of the community, with far-reaching consequences for its future and for Judaism in general, they wisely decided to ask the opinion of the world-famous Rabbi Tzvi Hirsch Ashkenazi (c.1660-1718), also called the Chacham Tzvi, the former chief rabbi of the Ashkhenazic community in Amsterdam who was then living in Altona, Germany. The rabbi convened his beit din, studied all the relevant material from both sides, and vindicated Chacham Nieto completely, telling the leaders of the S&P that they had misunderstood their rabbi and that he must continue as their religious leader (1). This ended a most unfortunate controversy and dangerous development within Judaism.

Now, more than 300 years later, a new scandal with major ramifications is again erupting around the S&P – this time, regarding a lecture on homosexuality given by its venerable Senior Rabbi Joseph Dweck. In this case, however, it is not the lay leaders of the S&P who accuse their rabbi of heresy (in fact, they are standing with him) but some influential rabbis in England and abroad who felt the need to accuse Rabbi Dweck of heresy. In a tirade of mostly meaningless words, they attacked his integrity, faith and scholarship, calling him a wicked person and using even worse descriptions. By doing so, they showed ignorance, bias and self-interest and, above all, as in the case of Chacham Nieto, they completely and probably deliberately misinterpreted what the rabbi said.

In this remarkable lecture at the Ner Yisrael Synagogue, where the congregation is led by my dear friend Rabbi Dr. Avraham (Alan) Kimche, Rabbi Dweck presented an entirely new way of understanding homosexuality. Drawing on non-Jewish historical sources, he explained that homosexuality was an accepted lifestyle in the ancient non-Jewish world and, quoting many Jewish classical sources, he then specified what the prohibition of homosexuality in Halacha is all about and what is not prohibited in a same-sex, male loving relationship. He presented the different points of view and their nuances, and expressed the idea that current Western attitudes toward sexuality force traditional Judaism to rethink some of its core values, as it has always done when challenged. While it is true that Rabbi Dweck used some unfortunate phrases in the heat of his argument (What speaker doesn’t, from time to time?), nothing that he said was outside the boundaries of established Halacha.

In fact, much of what he argued had already been said by Rabbi Chaim Rapoport, a great halachic scholar in London, in his well-known book Judaism and Homosexuality: An Authentic Orthodox View,for which I wrote an approbation and which carries a foreword by Emeritus Chief Rabbi Lord Jonathan Sacks and a preface by the late Dayan Berel Berkovits of the Beth Din of the (Orthodox) Federation of Synagogues in London.

However, that didn’t stop Rabbi Dweck’s rabbinical opponents from deliberately misrepresenting him. Nothing but fear, lack of knowledge about homosexuality, and personal (not so kosher) reasons seem to have motivated them.

One rabbi felt the need to scrutinize all of Rabbi Dweck’s lectures from the time he came to live in London – a witch hunt of sorts – looking for possible mistakes the rabbi may have made in earlier lectures so as to undermine his reputation, as if no Orthodox rabbis ever make mistakes in some of their rulings. He completely ignored the fact that Rabbi Dweck comes from a different Sefardic-Syrian tradition with its own (halachic) practices and religious outlook on life.

Rabbi Dweck is married to the granddaughter of Chacham Ovadia Yosef, z”l, former chief rabbi of Israel. But that didn’t prevent the current Chief Rabbi Yitzchak Yosef and his brother Rabbi David Yosef – both sons of Rav Ovadia – from refusing to see him (their own nephew) when he asked for a meeting. In fact, both wrote a letter to the Sefardic communities of New York and New Jersey condemning Rabbi Dweck (while never mentioning his name!) and asking for his dismissal, thereby showing lamentable small-mindedness, a lack of general knowledge, and ignorance of the Jewish religious philosophical tradition.

I have been told by reliable sources that by now Rabbi Dweck’s weekly lectures have been cancelled and his former lectures removed from the Internet. Not only is this a grave injustice but it greatly harms his remarkable and most successful influence in London and beyond, in bringing people closer to our holy Torah.

The great danger of this unfortunate affair is not just the controversy surrounding Rabbi Dweck. More than anything else, it is an indication of where British or perhaps all European Orthodoxy is heading. When Orthodox rabbis are told that they are no longer able to speak their minds, offer new insights into Orthodox Judaism, or try to find solutions to serious problems by using innovative ideas, we are faced with a rabbinical world that is wearing blinders, is comprised of yes-people looking over their shoulders, and is generating a hazardous small-mindedness that has far-reaching effects.

Sure, there have always been differences of opinion within Rabbinic Judaism. This is healthy, and Judaism has only benefitted from it. But this was always done in a framework of well-informed argument and discussion, not in tirades of meaningless and hateful statements.

One of the biggest problems of current mainstream Orthodoxy is that it believes it is always right, knows all the sources, and doesn’t need to be apprised of new information coming from our traditional sources. The consequences are that it is rewriting Orthodoxy in ways that sometimes make authentic Judaism unrecognizable.

What rabbis like those attacking Rabbi Dweck do not realize is that they are slowly but surely becoming irrelevant. They may be great Talmudic scholars, but instead of using their exceptional knowledge to make Orthodox Judaism more and more vibrant, they drown in it and become stuck in the quicksand of intransigence, which they themselves have created.

The danger is that in their stubbornness they take down all of British Orthodoxy, which seems to be unaware or too immature to understand what is happening.

The task of great rabbis is to jump aboard the sinking ship of Orthodoxy, with knives between their teeth, ensuring that a fearless Judaism, in full sail and in full force, will sail the ship of Torah into the midst of the sea of our lives.

The venerable British Chief Rabbi Ephraim Mirvis and his beit din to unequivocally condemn the attacks on Rabbi Dweck and stand staunchly behind him;

The relevant parties to restore Rabbi Dweck’s lectures on the Internet;

The S&P to continue to show courage and to oppose with full force any attempt to fire Rabbi Dweck and/or discredit him;

The New York and New Jersey communities to immediately invite Rabbi Dweck to be their scholar in residence again;

Chief Rabbi Yitzchak Yosef, Rabbi David Yosef, and other rabbis to cease harassing Rabbi Dweck and subjecting him to a meaningless inquisition; to begin listening to what he has actually been saying; and to stop the witch hunt, which has no place in authentic Orthodox Judaism.

And I call on Rabbi Dweck himself to continue leading and inspiring the S&P with pride and self-confidence and spreading Torah wherever possible. Let him not forget the wise words of Jonathan Swift: “Censure is the tax a man pays to the public for being eminent” (2).

Let us hope that this story will end in the same way as did the attack on Chacham Nieto, once again proving the power of Judaism when confronted with the lamentable closing of current rabbinic minds. 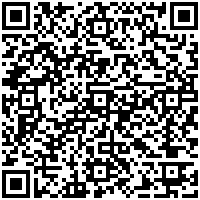