The Jews’ most formidable enemy in Biblical times was the nation of Amalek. This nation was, and symbolically still is, the personification of evil, brutality, racism and anti-Semitism. Amalek is seared into the Jewish consciousness as the unprecedented enemy of the People of Israel after their exodus from Egypt. What revealed Amalek’s moral bankruptcy was not only that they dared to fight the Israelites but that this evil nation attacked the Israelites from the back, focusing on the weak and tired people. (1)

In later days, it was Haman the Amalekite, known from the Purim story, who once again displayed the evil intentions of this nation. Only through a miracle was Israel saved from the hands of this wicked person.


Who was Amalek? The Torah tells us that the first Amalek was the son of Esav’s son Eliphaz. He was the eponymous ancestor of the Amalekite people. Eliphaz took a concubine by the name of Timna, who then became pregnant and gave birth to Amalek. (2) This means that Amelek was a descendent from Yaacov and Rivka!

The Talmud inquires why Timna married Eliphaz and provides us with a stunning explanation: “Timna desired to become a (Jewish) proselyte, so she went to Avraham, Yitzchak and Yaakov, but they did not accept her. As a result, she went and became a concubine to Eliphaz, the son of Esav, saying: ‘I would rather be a servant to this (Jewish) people than a mistress of another nation.’ From her Amalek, who afflicted Israel, was descended. Why so? Because they should not have rejected her.” (3)

This Talmudic statement is difficult to understand. It is, after all, unclear why the forefathers refused to take her under their wing and why they did not allow her to join the Jewish people, especially when we know that they went out of their way to convert as many people as possible. (4) Furthermore, one would expect the Talmud to justify the decision of the three forefathers; instead, the Sages rebuke the Patriarchs for their failure to accept her for conversion. The Sages’ commitment to truth exceeded their love for the Patriarchs. This is unprecedented. They could have suppressed the story, or they could have stated that Timna was indeed unworthy. The fact that they did not do anything of that sort proves their integrity and uncompromising commitment to truth.

We know of no other tradition that has shown such integrity when dealing with its heroes.

What is even more surprising is that they considered the Patriarchs’ refusal to accept Timna into Judaism as the prime reason why Israel would later be afflicted by the offspring of the first Amalek.

This reminds us of a statement made by Ramban when he discusses the reasons why the Arab nations have exhibited so much repulsion toward the Jewish people. When Hagar became pregnant from Avraham and subsequently looked down on Sarah (who could not become pregnant), Sarah complained to Avraham about her. “Then Avraham said to Sarai: ‘Behold, your maid is in your hands; do to her that which is good in your eyes.’ Then Sarai dealt harshly with her, and she (Hagar) fled from her.” (5) Ramban’s comment is most telling: “Sarah, our mother, sinned in dealing harshly (with Hagar) – and Avraham, too, by allowing her to do so. God heard her (Hagar’s) suffering and gave her a son who was destined to be a lawless person, who would afflict the seed of Avraham and Sarah with all kinds of suffering.” (6)

In later days, it was Rabbi Shmuel Mohilever, rabbi of Bialystok and one of the great leaders of the Hibbat Zion movement, who made a similar comment when the Turkish government was about to banish from the Jewish settlements those Russian Jews who had moved to the country but had not taken Ottoman citizenship. He cried out and said that it is because of ‘Drive out this handmaiden (Hagar) and her son’ (7) that the Muslims – the children of Yishmael son of Hagar – would now cast out the sons of Sarah from their land.

Once again we are confronted with an unbending commitment to truth. Even when running the risk of putting our spiritual heroes in a compromising light, the Sages did not shrink from criticizing the Patriarchs and Matriarchs when they felt the need to do so. And once again we hear a daring statement that because of this, Jews still encounter hostility from their enemies thousands of years later.

On another occasion, the Sages again spoke of the injustice done to the ancestors of Haman. They stressed that much of Haman’s hatred for Jews resulted from the way Yaacov had dealt with his brother Esav. On the words in the Megillah, “And Mordechai understood all that was done; and Mordechai tore his clothes and put on sackcloth with ashes; and he went out into the midst of the city and cried a loud and bitter cry,” (8) the Midrash Rabbah dares to make the following observation:

“One bitter cry did Yaacov cause Esav to cry (after he had stolen the blessings from Esav), as it says: ‘When Esav heard his father’s words, he cried an exceedingly loud and bitter cry,’ (9) and it was paid back to him [Yaacov] in Shushan when his offspring [Mordechai and the Jews] cried a loud and bitter cry [because of the great trouble that Haman, the offspring of Amalek and Esav, caused the Jews].”

This may have been the reason why the Sages declared that some descendants of Haman taught Torah in Bnei Brak, (10) and some later authorities felt that one could perhaps accept members of the nation of Amalek as converts. (11) Somehow, they felt that not all members of Amalek were totally evil; nor were the people of Israel completely blameless.

Why, indeed, did the Sages emphasize the injustice by our forefathers? Why not keep quiet? They certainly didn’t want to justify the anti-Semitism of the Amalekites or the Arab nations. Nor did they wish to embarrass the Patriarchs, knowing quite well that they were men of great spirituality.

They were fully aware of treading dangerous ground when they showed a soft spot for Amalek. But after all was said and done, they took the plunge. A risky balancing act.

However, it is very possible that the Torah hints here not only to the monstrous deeds of Amalek, but also to the injustices that were done by our forefathers when dealing with Esav and Timna. “Blot out the memory of Amalek” may quite well mean that we are obligated to uproot from within ourselves the ways in which our ancestors dealt with the ancestors of Amalek. “Do not forget” that this behavior was unjustified and consequently caused ongoing pain to this people and consequently to the People of Israel.

In other words, the Torah teaches us to erase Amalek’s memory by doing everything in our power not to give cause to unwarranted feelings within ourselves toward nations and people. We create our own enemies, and we Jews have to teach ourselves and others to prevent this by all means.

This, however, cannot be done once and for all. It is a constant demand that should never be forgotten.

The earlier critical observations by our Sages are therefore most crucial. By emphasizing the injustices done by our forefathers, and their disastrous repercussions, they gave us the means to fulfill the mitzvah of blotting out Amalek’s memory and paradoxically never forgetting what they did to us. Not only because they are our arch-enemies, but also because we should not give cause to bring them into existence.

While the sages did surely not want to fully justify Amalek’s or the Arab’s animosity towards the Jews, they made it abundantly clear that our forefathers did not behave with impunity. They carried a great amount of accountability in this most unfortunate situation.

Finally it is worth noting that, like in the case of Timna, not accepting converts by being too demanding and overzealous may lead to major disasters.

The Israeli Chief Rabbinate or any other rabbinate should take notice! 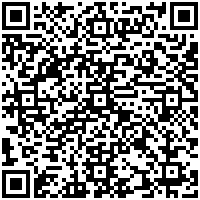