Society is now one polished horde,


Boredom is a multi-faceted phenomenon in our day, and we may well be justified in focusing on one dimension of this destructive force.

In the old days, it was a privilege to be mature. It was something people strived for. It meant maturity of attitude, well-considered opinions, and a great amount of experience and knowledge of how to deal with the problems of life. This is no longer the case. For the most part, it is not due to the fact that younger people have become more experienced or knowledgeable, but rather that the older generation (those who used to be considered mature) has suddenly shown signs of immaturity.

This is evident in the way our older generation deals with free time. While in earlier days people used their available time to engage in creative activities, which they couldn’t do when they were working, today we find that most “mature” people spend their available time by returning to their childhoods. They often watch television, see a movie, lie in bed, or have other similar pastimes. This is exactly what they did when they were very young: watch and sleep. Passive conduct.

Passivity, then, is no longer the “privilege” of the young. It has become the preferred norm for all ages. As a result, the distinction between young and old has been blurred.

There is an unmistakable difference between a father who is involved in a creative activity – even if it is only building a chicken house – and a father sitting for hours in front of a DVD screen. In the first example he shows maturity, whereas in the second case, he reveals signs of impending immaturity. Sadly, these are the types of activities that children witness. Their parents may be university professors, but at home they return to their childhoods. This is not to deny the value of watching television. Sometimes this medium offers excellent programs. But once parents are constantly seen by their children in these passive postures, instead of engaging in creativity, joie de vivre, study, and other such activities, the parents have sold their birthright for a bowl of lentil stew.

That this results in the older generation’s loss of dignity in the eyes of the young is obvious. It doesn’t mean that the mature person admits her or his immaturity, but it does mean that the immature one, the child, considers him or herself to be mature. The children recognize that they do exactly what their parents do: nothing. And out of that negativity, they look to fill their lives with meaning. They clothe themselves with the garments of maturity that their parents have rejected.

One of the greatest contributions of the Jewish Tradition throughout the millennia is that the elderly learn, explore and interpret Torah, Mishnah, Talmud and other religious texts from their earliest childhood years. Once their experience of learning has been positive, passionate, and even fun, their love for learning increases to such a degree that when reaching retirement they can’t wait to get back to their studies, regardless of their physical circumstances. In this case, their return to “immaturity” is the greatest of blessings. Their bodies may show signs of old age but they discover unspent youth.

There is, however, another issue concerning young and old. It relates to the decline in religious consciousness. This time it is a loss of belief in an afterlife. Whatever one believes about afterlife is not the issue here. What is the issue is that in earlier days, the young had a degree of respect for the elderly, because they believed that older people were closer to Heaven and therefore to the truth. In some way, elderly people were “nearly there.” A few more years, months or days and they would enter the “real thing.” So, the elderly person sat close to the door, while the younger ones were still in the waiting room. Today, however, this is not the case. The elder is no longer seen as one “nearly there” but as one “nearly nowhere.” This has entered the communal consciousness of modern humanity. Older people have lost their grandeur, and younger people see them as having “served their time” and, therefore, as being superfluous and even a hindrance.

This is a tragedy.

(*) This essay is inspired by the writings of the late Godfried Bomans, Holland.

I am happy to inform you that Yael Valier, co-coordinator of the David Cardozo Academy’s think tank, is directing Divine Right, an important play by Roy Doliner about the Disputation of the Ramban against the Catholic Church in 1263. The play will be showing at the Khan Theater, Jerusalem, on May 9, 10, 16, 17, and 23. Each performance will be followed by a discussion led by the playwright and one of several Jewish or Christian scholars. I will be leading the post-performance discussion on May 23rd and look forward to seeing many of you there! There is much to discuss! Tickets can be bought at www.theaterandtheology.com. 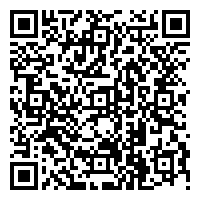