Last week our gentile brothers and sisters celebrated the birth of one little Jewish child who turned the world on its head as no child has ever done before, or since. Millions went to church and thanked the good Lord for his birth. If that wasn’t enough, last Sunday, the 1st of January, the world continued to celebrate him – this time, on the day commemorating his circumcision, which according to Jewish law must take place eight days after the birth. This, too, will generate major festivities around the world. It seems that his circumcision is so important to the gentiles that they decided long ago to change their calendar and begin their new year on that very day (1). What is most remarkable is that all the countries, as well as some misguided Jews in Israel, who are now busy promoting the banning of circumcision, have joined these worldwide celebrations and will continue to do so, instead of demonstrating against the “barbaric act” of the most famous circumcision in all of history. It could not be more ironic!

No child has ever been given so much attention and inspired so many people. Yet, what nobody seems to realize is that this was a child who went to synagogue daily, ate kosher, went to cheider, spoke Hebrew, shook the lulav on Sukkot, and probably had payot (sidelocks) behind his ears.


The astonishing fact that one Jewish child is at the center of a universally celebrated holiday, in which billions of human beings participate, should make us wonder what this is all about. That he is considered the Messiah in the eyes of millions but utterly rejected as an apostate by his own people makes us wonder even more. What went wrong?

Maimonides informs us that there must be more than a little religious meaning in all this. In his Mishneh Torah (2), he states that God caused Jesus to have such a great influence on the world so that all of mankind would become accustomed to the concept of the real mashiach’s impending arrival. The great Rabbi Avraham Yitzchak Kook (1865-1935), Chief Rabbi of Palestine before the State of Israel was established, even went so far as to call Jesus a man of “awesome personal power and spiritual flow” that was misdirected and led to his confusion and apostasy (3).

The Talmud’s account of how Jesus became an apostate is most revealing. The passage was once censored by the Church but is now printed in nearly all the new editions (4).

Our rabbis teach us: One should always push away with his left hand while drawing close with his right hand…unlike Rabbi Yehoshua ben Perachiah who pushed Jesus away with both hands…When King Yannai killed our Sages, Rabbi Yeshoshua ben Perachiah and his students [including Jesus] fled to Alexandria, Egypt. When peace returned, Rabbi Shimon ben Shetach sent a message to him: “From me in [Yerushalayim] the city of holiness, to you, Alexandria, my sister: My husband stays in your midst, and I sit forsaken.” He [Rabbi Yehoshua ben Perachiah] arose [to return to Yerushalayim] and went, and found himself in a certain inn, where great honor was given to him. He said: “How beautiful is this achsania [inn].” Thereupon Jesus said to him, “Rabbi, her eyes are narrow.” [The word “achsania” can mean inn or innkeeper; Jesus seems to have thought that Rabbi Yehoshua was speaking about the female innkeeper.] So, Rabbi Yehoshua said to him: “Villain, do you behave yourself like that [looking at women]?” He sent out four hundred trumpets and excommunicated him. He [Jesus] came before him and said to him: “Receive me [let me repent and accept me].” But he would not acknowledge him.

One day when he [Rabbi Yehoshua] was reciting the Shema [Hear, O Israel], he [Jesus] came before him. He, Rabbi Yehoshua, intended to receive him [and forgive him], and he gestured to him. He [Jesus] thought that he rejected him again [thinking that the gesture was dismissive]. He went and hung up a tile and worshipped it. He [Rabbi Yehoshua] said to him: “Return,” but he replied: “So I have understood from you that everyone who sins and causes the multitude to sin has no chance to repent” (5).

There is much in this passage that is unclear. (Probably parts of the original text are missing.) Is it suggesting that had Rabbi Yehoshua ben Perachiah shown more tolerance toward Jesus, the latter may not have become an apostate and false mashiach, and that Christianity as we know it today would not have developed (6)?

Whatever the Sages may have had in mind, one cannot ignore the fact that they seem to be sending a strong warning to future generations. The tragedy of Jesus was not just his own fault, due to his stubbornness, but was also the result of mistakes made by great rabbis who were his teachers.

Unprecedentedly, the Talmud seems to suggest that one careless wave of the hand is enough to spark an outburst of animosity that may result in a new religion or movement. Had Rabbi Yehoshua ben Perachiah not rejected him, Jesus may have remained in the fold and even become a major spiritual force within Judaism, carrying it to higher spiritual levels, as Rabbi Kook seems to imply.

Ramban suggests something similar in his commentary on the incident where Sarah (then called Sarai) oppressed Hagar, which resulted in an ongoing Arab hatred of Jews (7). The Talmud (8) agrees and mentions the cause of Amalek’s hatred of Jews as being an unnecessary rejection of his mother by the avot (the patriarchs).

In each of these cases, a minor mistake contributed to a major anti-Semitic ideology. Surely, many other issues are at work. Anti-Semitism is complex and may even be rooted in the fact that the Jews gave Jesus to the world, and not, as is claimed, that they killed him (9).

The Talmud (10) relates the story of the Sage Elisha ben Avuyah, a most unusual and powerful figure who, after a certain incident, questioned Jewish tradition and stopped being religious. When Acher (“the other,” a name given by the Sages to Elisha ben Avuyah after he became a heretic) “heard a heavenly voice say, ‘Return, O wayward children’ (11), except for Acher,” implying that he could not repent, he completely renounced Judaism.

In his celebrated work Mekor Baruch, Rabbi Baruch HaLevi Epstein (1860-1941), best known for his Torah Temima commentary on the Torah, notes that a harsh approach to those who are on the verge of leaving the fold has caused much damage:

This phenomenon, to our sadness, seems to repeat itself in every generation. Whenever people quarrel over matters related to ideology and faith, and a person discovers that his more lenient opinion is in the minority, all too often—although his original view differed only slightly from the majority—the total rejection he experiences pushes him over the brink. Gradually, his views become more and more irrational and he becomes disgusted with his opponents, their Torah and their practices, forsaking them completely (12).

Rabbi Epstein goes on to discuss the case of Uriel da Costa (1585-1640), a Dutch Sephardic Jew who denied the authenticity of Oral Law. The rabbi criticizes the Jewish religious leaders of Amsterdam who excommunicated Uriel da Costa:

Instead of instructing him with love and patience and extricating him from his maze of doubts by showing him his mistake, they disparaged him. They pursued him with sanctions and excommunication, cursing him until he was eventually driven away completely from his people and his faith and committed suicide, ending his life in a most degrading way.

Rabbi Epstein does not mention the ban put on the well-known Jewish Dutch philosopher, Baruch Spinoza, who became the fiercest critic of Judaism (13), but he surely had him in mind. While Uriel da Costa did no real harm to Judaism, Spinoza became the father of a major philosophical school of thought that greatly damaged the image of Judaism and later encouraged anti-Jewish outbursts, similar to the case of Jesus and his followers thousands of years earlier (14). It is clear that some of Spinoza’s critique was totally unfounded and showed great ignorance of Judaism, and that it was caused by his animosity toward his former community and teachers after they imposed the ban on him.

We wonder what would have happened if religious leaders such as Rabbi Yehoshua ben Perachiah and the leaders of the Amsterdam Portuguese-Spanish Community had shown more patience and tolerance. Perhaps Spinoza would not have created so much animosity toward Judaism. Perhaps he would have initiated a spiritual foundation to Judaism without a personal God but with respect for the Jewish tradition, as did Mordechai Kaplan (1881-1983), founder of Reconstructionist Judaism. Similarly, Jesus might have remained in the fold and not become the cause of so much Christian anti-Semitism in later days. Who would have imagined that one wave of the hand, almost 2,000 years ago, could cause such upheaval to this day?

Rabbis and other religious leaders of today may have to give much more attention to this candid Talmudic story and to Rabbi Epstein’s warning. How much might Judaism have benefited from people like Jesus, Elisha Ben Avuyah and Spinoza, had they not been rejected and had they contributed to the tradition in which they were raised?

As I argued at the Amsterdam symposium on Spinoza’s ban, in 2015, it would be better for the Rabbinate of the Portuguese-Spanish Synagogue in Amsterdam to revoke the ban on Spinoza. Few things have done as much damage to the image of Judaism as this unfortunate ban, which placed it in the same category as other conformist and constrained religions while, in truth, authentic Judaism is an entirely different story (15). 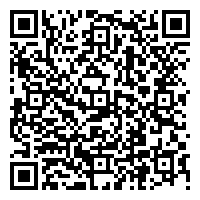