My wife and I frequently have yeshiva and seminary students at our Shabbat table.

I am accustomed to asking them the following question: If a non-religious person would ask you what it means to be Jewish and why you are religious, what would you answer?


In 90 percent of the cases, my religious guests – whether they are from Israel or from the Diaspora – are taken by surprise and are unable to give an adequate answer. They are at a loss for words and shocked by the question.

This is symptomatic of the type of Jewish education received by most of our children and students, in Israel and beyond.  They are often being indoctrinated, told what to think and what to believe, instead of being taught how to think and why to believe. And they aren’t even aware of the problem.

The outcome is disastrous. While many of them possess an impressive breadth of Jewish knowledge, they have no idea what it stands for and what it means in ideological terms. All of their knowledge is recycled instead of processed, with the result being that they are incapable of bringing this knowledge to higher levels and broader perspectives.

They may know parts of Tanach and Talmudic tractates by heart; perhaps they have completed all the volumes of the Mishna and have a good grasp of midrashic literature; but they have little or no clue as to what these texts are trying to tell us, beyond some superficial explanation. They are completely unaware that these texts are directly relevant to their lives and can answer today’s problems, in and outside the Jewish world.  Nobody has taught them.

As a result, they remain ignorant of what Judaism is really all about.

It is therefore not surprising that many religious young people are walking out on Judaism. Why, after all, should they stay when it is often taught in a way that makes it look like an old, outdated type of folklore, totally irrelevant to their lives, even as their teachers try so hard to get them to love it? Actually, we should be surprised that many more young people are not leaving the fold.

In the secular Israeli school system we find an even worse situation.

When there is a complaint that children from secular Israeli families get very little or no Jewish education at all in their classrooms, we should indeed be most worried. If they don’t know the difference between Kiddush and Kaddish, we have truly hit rock bottom in this most dangerous situation.

No matter how much secular families want their children to remain secular, there is no doubt that without Jewish education these children will be handicapped for the rest of their lives whenever confronted with their Jewishness, their commitment to the State of Israel, and their status as Israelis.

Not only is this a tragedy, it is downright dangerous to the security of the State of Israel and the Jewish people. The chances are high that at a later stage they will leave the country, or even turn against Judaism and the Jewish State, and refuse to serve in its army, as experience has already shown us.

No Israeli parent has the right to give birth to a child in this country and not teach them why they live in Israel, why they are Jewish, why we came back to this land after two thousand years and why we need to defend it. The stakes are extremely high.

However, it is meaningless when educators argue that we should start teaching these secular students Tanach, Mishna, Gemara or Midrash. Here we encounter the same problem as that of many religious students. They too will have no clue as to what these texts stand for, since they will have almost no one to teach them how to approach these works or what they actually mean for the modern Jew and for humankind. Again, the results will be disastrous. They too will view learning these texts only as another monotonous experience in which knowledge is obtained so as to pass the school’s examinations.

In reality, then, there is no difference between a religious and a non-religious student. Both will have little understanding of what Judaism is really all about.

Information is not there simply to have, but to produce ideas that make sense of it and move it forward. This is even truer about Judaism, which is predominantly an ideology with a very strong mission. If it is taught as nothing more than mind-numbing information, it will only do harm and push people away.

It is therefore crucial not to teach Tanach, Talmud, and other Jewish works in the religious and non-religious classrooms without first laying the foundation for how to approach them. This can be done only when the students have first acquired an understanding of the great message of Tanach and all of Judaism, in terms of its uniqueness, ideology and values.

Teachers should discuss these ideas in the classroom, and even in university lecture halls, by making use of some outstanding books, which have presented Judaism in modern terminology, and which satisfy not only the intellect but also the human heart. Only then will there be positive results. These books will be the spectacles through which students will see many colors of the texts and how to genuinely appreciate them.

Here are some titles of books that can be recommended for adult students, whether religious or secular:

– Jonathan Sacks: Radical Then, Radical Now (also called The Letter in the Fire); The Great Partnership: God, Science and the Search for Meaning;

– Abraham Joshua Heschel: God in Search of Man: A Philosophy of Judaism; The Sabbath;

– Will Herberg: Judaism and Modern Man: An Interpretation of Jewish Religion;

– David Hartman: Israelis and the Jewish Tradition: An Ancient People Debating Its Future.

(Most of these books have been translated into Hebrew.) There are many more that can be added to this list.

Some of the books are not even “Orthodox” in the conventional sense and can therefore be used in any setting, including secular schools. What they all have in common is great love for Jewishness, Tanach, Mishna, Talmud, and Judaism in general.

These books should, however, not be taught in class. They should be debated, igniting strong arguments to get to the bottom of what they claim. They should be used to sow forests, not tend to potted plants.

At the same time, teachers should create tension in the classroom by presenting their own ideas about Judaism and Jewishness, and then wage war on them, asking the students to fight them with knives between their teeth and come up with new ideas. In that way, the students will begin to appreciate and love what Judaism is all about. And only then should the teachers introduce biblical, Talmudic and midrashic texts as part of the discussion.

As a result, the students will appreciate why we are Jews, what we stand for, what these texts are trying to teach us, and how much we have helped mankind to move forward because of Judaism. This will instill pride in our heritage and mission and will give young people a desire to live in Israel and fight for its existence. And even if they will remain secular, at least they will have had a positive experience and will be proud Jews and Israelis.

This is not indoctrination but gentle persuasion, after which it is up to the student to decide what to do with this knowledge and experience.

Both groups put their victims in a mental box from which they can hardly escape.

Let us wake up and change this unfortunate state of affairs. It will make the lives of our children and students much more beautiful. 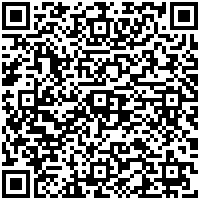