This blessing is promised to the People of Israel on condition that, as a unified nation, they observe the laws of the Torah and live by its spirit. Its promise is quite surprising. Not only will the Israelites have plenty to eat but, as the verse clearly indicates, the Jews will experience an overflow of food. The first season, when produce is brought to the threshing floor, will last until the days of the grape harvest, which in turn will continue into the planting season.


Rashi (Ad loc), quoting Torat Kohanim (Sifra), makes an extraordinary statement. He says the verse is teaching us that “even if you eat only a little, it will be blessed in your stomach.” He seems, then, to understand this verse in an entirely different way from what we would have imagined. It appears that it is not the quantity of food that will increase, but the quality. The food that is consumed will be of such high caliber that eating just a small amount will provide the same benefit as would eating a large amount of more inferior food.

The explanation of the verse, then, as understood by Torat Kohanim and Rashi, would be that very little food will be used by people throughout the entire year, meaning that the same amount of food normally consumed in a short period of time will last much longer. Thus, the time of threshing will yield enough food to last until the grape harvest, and so on.

There is, however, a completely different way of looking at this verse, which may hold great meaning for our times. The famous thinker and teacher of musar (Jewish ethics), Rabbi Yerucham Levovitz (See Daas Torah. Rabbi Yerucham Levovitz (1873-1936) was the mashgiach (spiritual guide) at the famous Mir Yeshiva in Poland.), alludes to an even greater miracle that is mentioned in our verse. This time, it is not the quality of the food, but rather the spiritual quality of the human being that will be the causal factor.

According to Rabbi Yerucham, there will be no difference between a year that is blessed and one that is not. Both will produce the same amount and the same quality of food. What will determine the outcome is the people’s attitude to their physical possessions. Depending on their spiritual condition, human beings will either be satisfied with what they have, or not.

To be satisfied is one of the greatest blessings that can ever be bestowed upon human beings. But this blessing has little to do with the amount of food or belongings that people eat or own. A minimum amount of possessions could be more than enough. The Torah teaches us that when the People of Israel live in accordance with the requirements of the Torah, it will result in a state of mind and heart in which matters of possession and food will take on a completely different dimension. This attitude will depend on how the human being relates to the divine.

When people will achieve high moral and spiritual attitudes, they will view the world in a very different light. They will live in what Eric Fromm calls the “being mode.” One acquires one’s essence and happiness through spiritual growth (See Erich Fromm, To Have or to Be (London: Abacus Books, 1976). What is of real importance is not what a person “has” but what a person “is.” And in that moment of realization, satisfaction is no longer the result of possessing more but of being more.

Most remarkably, the Torah emphasizes that, first and foremost, it is human action (observing the commandments) that creates this mindset. Judaism was the first to postulate that mental health and sickness are the outcome of right and wrong living. When people are greedy, or ambitious to achieve fame, we see them as annoying and have contempt for them. They are unhappy individuals, however much they happen to own. The Torah teaches us that they actually suffer from a type of mental illness that is the outcome of wrong living.

This idea also relates to the concept of joy. Joy is concomitant with productive activity. It is not a peak experience that ends suddenly, but rather a plateau that is the product of one’s essential human faculties. It is not the ecstatic fire of the moment, but the glow that accompanies “being.”

It is only with this type of true joy that one is able to be satisfied with the minimum while experiencing it as the maximum.

This is the secret to a happy life. 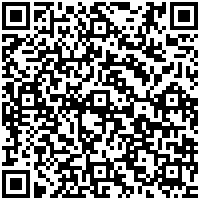