We are generally taught that a Jew always remains a Jew no matter how often he sins – even if he converts to another religion. As the Gemara (Sanhedrin 44a) says regarding Achan (see Yehoshua 7), “A Jew, even though he sinned, is a Jew.” Yet, the matter is not as simple as some people believe.

In fact, the consensus of Spanish rabbis in the 14th and 15th centuries was that children and grandchildren of conversos (often called “Marranos”) were not, in fact, Jewish since they grew up observing Christianity, not Judaism. Furthermore, their parents often intermarried with Christians.


Rav Ya’akov (Mahari) Beirav – who left Spain at the time of the expulsion (he spent some time in Fez and Algiers and later settled in Egypt and Tzfas) – writes that children of conversos are both “conceived and born without sanctity” (responsum, no. 39). (His language derives from a mishnah [Kesubos 44a], which refers to the baby of a mother who converted while pregnant as “conceived without sanctity but born with sanctity.”)

Mahari Beirav, however, quotes Rav Yehudah Balan who notes that a baraisa (Yevamos 47b) states that once a convert emerges from the mikveh, he is a Jew “for all things.” What does “for all things” mean? The Gemara explains that if the convert returns to his old ways and marries a Jewish woman, the marriage is halachically valid. Apparently, then, a Jewish convert remains Jewish even if he practices another religion. (Otherwise, the marriage would not be halachically valid.)

Rav Balan, though, quotes commentators who explain this passage differently. They say “for all things” means the convert remains Jewish even if he returns to some of his old ways. For example, he starts eating non-kosher food again. This type of convert remains Jewish. A convert, however, who completely stops observing the commandments – or violates Shabbos or worships idols – loses his Jewish status.

Thus, according to Rav Yehudah Balan, any Jew who converts to another religion loses his Jewish status. And people of Jewish ancestry who are conceived and born without sanctity – e.g., conversos – are not Jewish at all. Rav Balan also points out that even though the Gemara (Kiddushin 18a) calls Esav a Jew, no one considers his descendants Jewish. Obviously, then, the children of an apostate (and Esav was obviously an apostate) are not Jewish.

Like Mahari Beirav, Rav Ya’akov Ibn Chaviv left Spain in 1492. He settled in Salonica where he began compiling his classic Ein Ya’akov collection of Talmudic anecdotes and aphorisms. Rav Ibn Chaviv (Responsa Re’em, no. 47) quotes a responsum of Rav Sherira Ga’on in which the latter says that an apostate can perform yibum because he was conceived and born in sanctity. Rav Ya’akov Ibn Chaviv deduces from Rav Sherira Ga’on’s explanation that a Jew who was not conceived in sanctity and not born in sanctity (e.g., the child or grandchild of a converso) is not Jewish and cannot therefore perform yibum.

He draws a sharp distinction, though, between willing and coerced converts. Jews who were forced to convert to Christianity, he writes, remain Jewish, as do their children and grandchildren. Rav Tzemach ben Shlomo Duran rules similarly (Responsa Yachin U’Vo’az, 1:75).

The Tur (Even HaEzer 44) quotes an opinion that a Jew who violates Shabbos and commits idolatry cannot legally marry a Jew. The Tur, however, disagrees with this view. Rav Shmuel De Modena (the Maharashdam, Responsa, Even HaEzer, no. 10) doesn’t even understand it. Doesn’t the Gemara, he asks, say regarding Achan that a Jew who sins is still a Jew?

The Maharshdam suggests that Achan committed only one sin – he took from the spoils of Yericho against Hashem’s orders. We cannot compare him to an apostate who violates all the laws of the Torah, or – the halachic equivalent – an idolator or Shabbos violator. (The Gemara actually proceeds to list several other sins Achan committed, but the Mahrashdam argues that only a minority opinion believes he committed anything other than the one sin.)

The Maharshdam even argues that the Rambam (Mishneh Torah, Hilchos Ishus 4:15) and Semag (Aseh 48) – who apparently maintain that the marriage between an apostate and a Jew is halachically valid – only believe the marriage to be questionable from a halachic perspective, not definite.

The Maharshdam quotes a responsum of Rashi (no. 271) in which the venerable sage accepts a marriage between two forced converts witnessed by forced converts. The Maharshdam writes, however, that Rashi is discussing Jews who were forced to convert to Christianity, not the children of such converts. (Rav Yosef Karo [Beis Yosef, Even HaEzer 42 s.v. “kasav Maharik”] calls this responsum “puzzling,” presumably because the witnesses should be invalid.)

The Maharshdam also quotes two responsa of Rav David Cohen (Radach) of Corfu. In the earlier responsum (no. 31), the Radach rules that conversos who can flee but fail to do so are considered intentional sinners. In the later responsum (28:1-2), the Radach declares them full apostates even though they were forced to convert.

Based on the above, the Maharshdam maintains that a converso woman can remarry without a get or chalitzah (as the case may be) because she’s not really Jewish. He adds that even if conversos are Jewish, they likely cannot serve as witnesses.

Interestingly, the Salonica rabbinate issued a proclamation in 1512 saying that we can completely ignore the marriages of conversos (since they are not Jewish). Two years later, though, that same rabbinate apparently changed its mind, issuing a proclamation in which it insists conversos must perform chalitzah when warranted.

In general, most halachic authorities follow the view of Rav Vidal of Tolosa (Maggid Mishneh, Hilchos Ishus 4:15) that children of conversos and apostates are Jewish as long as their mothers are Jewish. As mentioned above, the Tur (Even HaEzer 44) explicitly rejects the view that a marriage between an apostate and a Jew is not halachically valid. The Shulchan Aruch (Even HaEzer 44:9) quotes the Maggid Mishneh almost verbatim and strongly rejects the contrary opinion.

As time passed, some authorities learned that conversos were careful not to intermarry with Christians. These authorities, therefore, write that unless we know that a particular converso came from an area that was not careful about intermarriage, we assume he was born to Jewish parents.

Rav Eliyahu Mizrachi (Responsa Re’em, no. 48) rejects the idea that children of conversos are not conceived and born in sanctity. If their mothers are Jewish, he writes, they are born with Jewish sanctity.

In general, we find a strong rejection among later authorities of the view that conversos (or at least their children) shouldn’t be considered Jewish. We should not overstate the case, though. In 1963, Rav Aharon Lichtenstein published an article about “Brother Daniel,” who was born Jewish but converted to Christianity and later wished to attain Israeli citizenship under the Law of Return (this article was later republished in Leaves of Faith, vol. 2). While following the majority view that a marriage between an apostate and a Jew is halachically valid, Rav Lichtenstein writes that an apostate who severs his bonds with the Jewish people loses his status as a Jew in all other regards. Someone who betrayed God and the Jewish people may be a Jew but he lacks status as a Jew – “he remains a Jew without Jewishness,” he writes.

Very often, we take our status as members of the chosen nation for granted. We should remember, though, that we can lose that status by our actions. Born a Jew, always a Jew – but not necessarily Jewish. We have to nurture our gift, live up to our birthright, in order to retain our title as members of a priestly kingdom and holy nation. 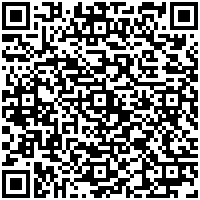