In this week’s parsha the Torah pauses from the discussion of the Mishkan and its vessels and priestly garments to tell us some halachos of Shabbos. The Torah uses the root word “shomer – watch, keep or guard” in reference to Shabbos in this week’s parsha three times. What exactly does shomer Shabbos mean? Loosely translated it can be interpreted as Shabbos observant. However, we find three different uses in Chazal for this terminology.

The Rokeiach says that the term shomer Shabbos refers to tosfos Shabbos – adding on to the Shabbos. In other words, by bringing in Shabbos early and extending it afterward one is fulfilling shmiras Shabbos. This is because one cannot know the exact the time when Shabbos begins and ends. Therefore, if one adds to its inception and conclusion, he will ensure that he is keeping Shabbos. That is what the Torah is requiring when it calls for us to be shomer Shabbos.

The second usage that we find for the word shomer in regard to Shabbos refers to the shvusim – rabbinic enactments. Often the Rabbanan enacted decrees which serve as a fence around aveiros. With regard to the halachos of Shabbos the requirement to add prohibitions that ensure proper Shabbos observance falls under the classification of shomer Shabbos. Based on this, the Rabbinic prohibitions of Shabbos can have a more stringent aspect to them and can also render one a mechalel Shabbos for merely transgressing Rabbinic prohibitions.

I recently heard the following intriguing story about Shabbos observance: there was a couple living in a town in Europe about 100 years ago. After many childless years, the couple was blessed with a baby boy. After a few years the boy became ill. The local doctor did not know how to diagnose his condition and recommended that they see a specialist in the major city of Vilna. In Vilna they received the bleak diagnosis. The doctor told them that their son had a heart condition and would not live much longer than a few more years.

The devastated couple decided they would stop off on the way back to their town in Radin and receive a bracha from the Chafetz Chaim. The father of the boy knew the Chafetz Chaim’s grandson who arranged for them to be seen by his grandfather. When they explained their son’s plight to the Chafetz Chaim he responded that there was nothing he could do for them. The couple was devastated. The grandson then exclaimed to the Chafetz Chaim, but this is there only son! The Chafetz Chaim looked at them and said if this is your only son then there is something that you can do. Accept on yourself to be extra careful about Shabbos, set the table by chatzos, stop doing melacha from candle lighting and on, etc. The couple accepted, and within days the boy was feeling better. They brought him back to the doctor in Vilna at the request of their local doctor, and the former could not believe that this was the same child he had examined earlier.

While the story has a nice ending, there is one thing that is quite peculiar. Why did the Chafetz Chaim only offer this suggestion to them after learning that this was their only child? If they had other children would they not have been deserving of this tip?

I heard Rabbi Yissocher Frand say in the name of Rav Manis Mandel the following explanation: the pasuk in this week’s parsha says two times that we are to be shomer Shabbos l’dorosam – for future generations. Shabbos has a special ability to ensure future generations, and therefore in the story mentioned above, the Chafetz Chaim felt that in order to keep the continuity of that family, they should be extra careful in shmiras Shabbos observance and that would enable their progeny to heal.

Aside from such miraculous results, shmiras Shabbos has the power to help everyone see their future generations strive. May there be an increase in Shabbos observance in Klal Yisrael leading to the continuation of the building of the third Beis Hamikdash, amen. 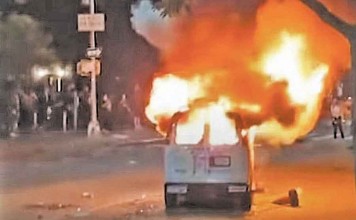 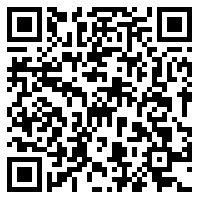