Chazal tell us that every generation that the Beis Hamikdash is not rebuilt it is as if it was destroyed in that generation. We know that the churban was not brought about because of Nevuchadnetzar, Sancherev, Titus, or any other army; rather it was brought as a result of Klal Yisrael’s aveiros. Those armies were then given permission to carry out Hashem’s will.

The Gemara in Nedarim 81a says that the destruction of the Beis Hamikdash was brought about because Bnei Yisrael did not recite birchas haTorah before they would learn Torah. The Ran on the Gemara quotes Rabbenu Yonah who explains that the reason why Bnei Yisrael did not recite birchas Hatorah is because although they were learned Torah, they were not machshiv the Torah. They did not have the proper appreciation for the Torah.

There is another Chazal that says that the cause of the churban habayis was because in the desert on the night of Tisha B’Av when the Meraglim returned with their slanderous report, Bnei Yisrael cried for an illegitimate reason. Hashem decreed that since we cried for no reason, He will ensure that this day will be a day of crying for generations. How do we reconcile this apparent contradiction as to the cause of the churban?

The pasuk in the beginning of Parshas Eikev says that when we will follow the laws of the Torah, Hashem will guard the bris. The bris is broken when we perform aveiros. It is true that the Beis Hamikdash was destroyed because of Klal Yisrael’s aveiros. However, how did Hashem allow such aveiros to take place? Hashem generally guards that we do not come to sin. When Hashem saw that in the midbar we cried without any legitimate reason, thereby demonstrating that we did not feel that Hashem was constantly shomer us, Hashem said that He will remove His protection and then we will notice that He was protecting us the entire time. So, it was aveiros which caused the destruction of the Beis Hamikdash. However, the fact that we cried for no reason in the midbar caused the shemira of Hashem to be removed which enabled these aveiros to be performed.

Even with all of these factors, the churban still could have been prevented. Torah protects and saves. The Torah has the power to protect even when everything else fails. In every generation there are those who are omdim aleinu lichaloseinu – stand against us to destroy us, and the Torah could save us. The Torah could have prevented Hitler and Stalin,

and every other force that seeks to destroy Klal Yisrael. However, in order for one to benefit from something he must appreciate it and be machshiv it. Since Bnei Yisrael were not machshiv the Torah, they could not utilize its protection.

We find this concept with Dovid Hamelech. When Dovid was running from Shaul Hamelech he hid in a cave. Shaul was searching for Dovid but could not find him. Dovid then ripped a piece of Shaul’s clothing to demonstrate that he had had the opportunity to harm him but didn’t. Since Dovid ripped the clothing, showing that he was not machshiv it, when was older his clothing could not warm him. He could not derive the benefits from something that he displayed a lack of chashivus for.

In order to prevent the Beis Hamikdash from being destroyed in our generation we must ensure that we do not repeat the same mistakes that were made in the past. Needless to say, we need to correct our sins. In addition, we should strengthen our appreciation for the Torah, since it has the ability to protect us even if all else fails.

Additionally, in the desert we had lost Hashem’s shemira because we demonstrated that we were not conscious of it, which allowed for aveiros to be performed. Therefore, we must take the time to realize and feel and appreciate that Hashem is being shomer us constantly. This shemira prevents us from performing aveiros. With Divine inspiration, we can stop doing the same aveiros that caused the destruction of the Beis Hamikdash and which are causing its destruction in our time. May Tisha B’Av be celebrated this year as a holiday, amen. 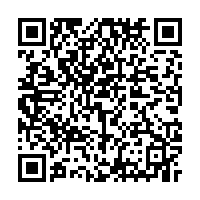