I find myself in an all too familiar situation. The piercing reverberation of the shofar alerts us that the “Teshuvah Season” is upon us, and I find myself once again reassessing the monumental events wrought upon us over the past year. Seemingly more families than ever are in need of rachamei Shamayim (mercy from the Almighty) – my own family included. It’s been a year of fraught with natural disasters, and senseless government sanctioned murders. However, no single event had more of an impact on the frum community than Hurricane Sandy, which decimated so many Jewish homes and institutions in October 2012.

Like so many others, I’ve been trying to wrap my head around this tragedy, speculating why Hashem issued this devastating decree upon Klal Yisroel, and what message, if any, we are to glean from it an its aftermath.

It would be foolhardy and presumptuous to assign cause and effect, to brashly pontificate as to what caused Hashem to launch this machla. After the Holocaust, when Harav Yitzchok Hutner z”tl was asked why a tragedy of unprecedented magnitude occurred, he responded, “Only a Navi or a fool can say why it occurred – and we don’t have Neviim any longer.” In a similar vein, when speaking to one of the leading rabbinical authorities in Chicago regarding Hurricane Sandy, he told me, “Until Rav Chaim Kanievsky or Rav Aryeh Leib Shteinman say why this occurred I’m not going to say anything other than we should daven for the people that were affected.”

And yet, some have speculated. In a prestigious Jewish community, one Rav hypothesized that so many Sifrei Kodesh were burned was because they weren’t being used, due to a plethora of people using the Internet, instead of seforim, to study Torah from. With all due respect, this smacks of cognitive dissonance, a psychological theory that explains human behavior by positing that people have a bias to seek consonance between their expectations and reality. Simply stated, a person attempts to explain a situation based upon a preconceived belief or notion, irrespective of how inconceivable his/her deduction may be. I’ve personally spoken to two highly respected rabbinic scholars who both scoffed at the idea of someone publically assigning cause and effect to the way Hashem orchestrates the world.

However, one of these scholars did make the distinction between public pontification of what may have triggered the tragedy and having a personal take-away from it, based upon how it uniquely affects an individual. He told me a story, whereby a parent lost a child and was trying to determine what message Hashem was sending him; what areas was he deficient in his religious observance. He went to HaRav Yaakov Kamenetsky z”tl to seek his counsel. Rav Yaakov responded with a parable about an individual who had a persistent toothache. That person reasoned that a mouth contains 32 teeth and a pair of tzitzis contains 32 fringes. He concluded that Hashem was telling him that he was deficient in the mitzvah of tzitzis. While most people would reject this hypothesis as being illogical, given that teeth and tzitzis are completely unrelated, to this individual the comparison was both logical and rational. Rav Kaminetsky explained that the significance of an event is often personalized, and not necessarily applicable to the general populace. Similarly, there is no single explanation as to why Hashem recalls a child to the ultimate world; each individual must uniquely translate and interpret life’s events and their significance.

It is in this vein that I share my personal reaction to this tragedy and my individual connection to the calamity. I was recently host to a young man who unfortunately went off the derech. What disturbed me deeply was hearing how the talking he observed in shul, during davening, completely disenchanted him. Although, this can’t be directly attributed to his decision to renounce Orthodox Judaism, it most certainly played a role in his personal rejection of living life as a religious Jew. I suspect there are many other lost souls with similar experiences and outcomes.

I wonder how we can possibly reconcile our proclamation of being servants of Hashem with the reprehensible behavior displayed while in His sanctuary. How dare we enter Hashem’s house, week after week, month after month and year after year, and show Him disrespect – He, the Creator of the world, who put us on this earth to honor Him and perform His commandments? How can we claim to sanctify his Sabbath while acting inappropriately in His Divine presence? How many of us fervently pray with a sense of urgency during the days of repentance and on the Day of Atonement, only to subsequently disregard that sense of urgency and revert to our past offensive behaviors and mannerisms in shul? 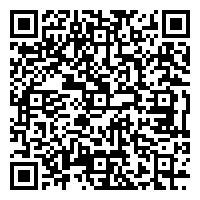