The process of a Jew returning to his roots means not only learning the ropes of observance, sometimes it means redoing the milestones of his life. Occasionally, it means even performing these events for the first time, such as having a proper chuppah after years of marriage (with grown children in attendance!), and bar mitzvah celebrations decades late.

On occasion, the events lead to raised eyebrows and chuckles, such as women in their thirties hosting a kiddush for themselves to make up for those they never had as babies. However, they often allow ba’alei teshuva to connect to mitzvos on their own in a unique way, which Jews born into frum homes are unable to do. Mine was a chance to arrange a pidyon haben for myself.


When first learning about the mitzvah of pidyon haben during the early days of my teshuva journey in college, I asked my parents if I had one when I was a baby. My parents were not observant when I was born, but they assured me that they had been aware of the mitzvah and had found a local Kohen in their Conservative synagogue in Virginia to perform the ceremony. I was relieved, not looking forward to having to pay a college friend who was a Kohen to buy myself back.

Years later, my parents told me that the Kohen who had performed my pidyon haben had been married to a non-Jew.

I didn’t immediately consider the impact of this information, and years passed again. By that point my family and I were living in Eretz Yisrael. I finally learned that a Kohen married to a woman who is prohibited to him remains a Kohen, but he is barred from performing the mitzvos of Kohanim as long as they are married.

I explained the situation to our rav. He told me that I should arrange a new pidyon haben for myself. (Even though the mitzvah of pidyon haben is incumbent on the parents of a first-born child, if they did not properly fulfill it, it later becomes the obligation of the child.) He added that the Kohen should not say a bracha.

Our rav also advised me that given the circumstances, I should not rely on an ordinary Kohen, but should specifically find one with a proven lineage to avoid having to do a third pidyon haben in the future.

Returning home, I shared his answer with my wife and told her of my plans to make an elaborate celebration in honor of the event. I had been learning the Mishnayos in Seder Kodshim (which include many of the rules of Kohanim and pidyon haben) and was getting close to making a siyum, and I wanted to combine them. However, as my wife was due to give birth, she immediately nixed my idea for an elaborate event. It would just be me and the Kohen.

After Shacharis the next morning, I went to a local chassidishe shul in Ramat Beit Shemesh Aleph led by Reb Tzvi Davidovitch HaKohen, who is known to have a clearly-established lineage. I approached the rebbe after davening.

“I would like to ask the Rav if he can perform a pidyon haben.”

This did not appear to be the first time Rav Davidovitch had performed a pidyon haben in such a situation. He had the silver coins at his home, and told me to meet him there several days later.

Though numerous conditions must be met for a child (or adult) to require a pidyon haben, the mitzvah often runs in families. Myself, my father and my oldest son are all first-borns, and my wife’s family has a similar track record. The mitzvah is indeed unique and special, but few people have the chance to perform it for themselves.

Milestone mitzvos have a special place in the Jewish lifecycle and people lovingly prepare and joyfully celebrate these moments with family members. The mitzvah of pidyon haben is especially cherished due to its rarity. When we hosted a pidyon haben for our oldest son years earlier while we living in New York, it was not only our first time performing the mitzvah, but the first time that most people in the room had attended one (including the Kohen!). We rented out Dougies on Main Street in Kew Gardens Hills for the event. Our son was dressed in a beautiful outfit, and was presented to the Kohen on a silver tray donned with the jewelry of our guests. It was a memorable moment for all in attendance.

Now ten years later, I was about to participate in my own pidyon haben. It was only myself and the Rav in attendance (and no silver tray). I bought the silver coins from him, and then returned them to redeem myself. He recited the framework of the pidyon (without a bracha). As it was only days before Rosh Hashanah, he concluded with a much-appreciated blessing for a positive verdict in the new year.

My pidyon haben was poignant in its modesty. It was not in a fancy restaurant, there was no siyum, it was simply the pure mitzvah.

The Chida wrote a list of 22 kavanos that people should have while fulfilling mitzvos, and paired them with the letters of the Aleph-Beis to make them easy to remember. For the letter Beis, he wrote that some mitzvos must be performed bo – by only the person himself. And for Dalet he taught that mitzvos need to be completed with dikduk – precision to their details.

Some mitzvos stand out because of the extra dedication through which people beautify them, others because they are fulfilled in front of masses of people. Being given the chance to do my pidyon haben again offered me the opportunity to focus on the mitzvah itself, and it was just that – complete and beautiful in its simplicity. 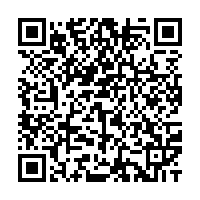