Children should be seen and not heard. It was a maxim that I heard many times throughout my childhood and which caused me a fair amount of frustration. When, I often wondered, would I cross that invisible line and move out of the periphery to which I was assigned, into the arena of adulthood and be given the chance to express an opinion that people would listen to? Life ran its course, I became an adult, was granted the right to express my opinion and found out that very few people listen to me. Interestingly, in contrast to the past, popular psychology today has touted the need to build a child’s self-confidence so successfully that children are both seen and heard quite clearly. Despite this, I wonder how many communities would make a decision based on the perception of a child. Judaism does.

Last Shabbos the clear, strong voice of the baal korei (reader) rang through the attentive synagogue as the weekly section of the Torah was read out loud. Suddenly it came to a standstill. There was a moment of utter silence and then the sudden swish of numerous prayer shawls, the thud of footsteps and the mutter of deep voices. Peeping through the lattice that separates the women’s section from the men’s, I watched the crowd of men thicken around the table on which the open Torah scroll lay.

Apparently, there was a problem with the Torah scroll. A kosher Torah scroll is treated with great respect. For example, it is not permitted to leave it unattended; a person is required to stand in its honor and may not turn his back to it. A non-kosher Torah scroll is not awarded the same level of respect. If even one letter of a Torah scroll is problematic, the entire scroll is invalidated until the problem is fixed. Most authorities maintain that a non-kosher scroll cannot be used to read the weekly portion. Since the reading must take place from a written text, reading from a non-kosher scroll is akin to reciting by heart making the reading invalid and the blessings recited over it said in vain and the Torah reading must be repeated.

Taking the above into account, every Torah scroll that is written is scrutinized for accuracy. Today, computers help out. A megiah (checker) scans the scroll into a computer running a program that checks the letters and their sequence. The computer then points out possible problems: sometimes a letter hasn’t been written correctly. Some Hebrew letters are very similar: yud, vav and nun sofit are all shaped similarly to a number one, but vary in length. Other letters are written by combining one or more two letters: for example, an aleph, which looks something like an X, is actually made up of three letters: a slanted vav, and two yuds, one above the vav and one below. Sometimes a letter is actually missing and the computer picks this up too. The scroll is then checked by the megiah himself. It seems very unlikely that any problem with the letters could creep in after all that, but, sometimes the computer and the megiah do miss problems and sometimes the problems develop later. The ink used to write a Torah scroll is usually a mixture of tannic acid, which is derived from gallnuts formed on the leaves of oak trees by wasps, copper sulphate to give it a strong black color, and gum arabic to make the glue slightly elastic so that the ink doesn’t crack when the scroll is rolled. Sometimes the letters can become smudged or cracked—after all, the scroll is being used regularly.

In this case, my son informed me, one of the congregants, a Torah scholar of standing, had spotted a letter vav that he claimed was too long—so long that it could be mistaken for a nun. That being the case, the reading was suspended while the men debated whether the letter really did pose a problem or not. In a synagogue in which number of Torah scholars rivals the number of stars in the sky on a moonless night, there was no lack of differing opinions. I watched fascinated as varying opinions of men who spent their days and night toiling in the sea of Torah were whispered urgently. Finally, the decision was made: since the mistake was debatable, a child would be asked to identify the questionable letter. 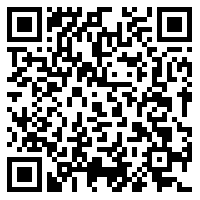