“The essence and reality of [how] Shabbos [can reinvigorate the world with another six days’ worth of ko’ach] is only through the fact that people keep and observe Shabbos!


Throughout the millennia of our People’s existence, Shabbos has been a cornerstone of Yiddishkeit. So fundamental is it to our faith, that Shabbos observance has practically become the barometer by which we judge if one is religious or not. Yet too often some voices complain that Shabbos is all about what we cannot do, and that it does not offer sufficient positive ways in which we may serve the Creator. Such a conception is completely false. This column aims to describe the innumerable ways in which we can actively serve Hakadosh Baruch Hu on the Holy Day. And so we proceed…

We are now in middle of our analysis of the mitzvah of Kiddush. We previously discussed why the mitzvah is done with a goblet of wine. Now let’s explore the actual text we recite – because if we don’t understand what we are saying and why we are saying it, how can we expect to grow through observing the mitzvah?

We will focus on the text of the Kiddush we recite on Friday night, as that Kiddush is the primary fulfillment of the mitzvah. The first, all-important paragraph is called Va’yechulu. In this paragraph we testify that Hashem created the world in six days and rested on the seventh. “Thus, the heavens and earth were finished, and all their array. On the seventh day, Hashem completed His work which He had done, and He abstained on the seventh day from all His work which He had done…”

According to most commentators, this recital is the performance of the Biblical mitzvah of “Zachor es Yom HaShabbos l’kadsho,” – remember the day of Shabbos and sanctify it. And as we’ve mentioned other times, giving this testimony is the primary job we must accomplish on Shabbos. All of Shabbos centers around this one, primary idea: that we are enjoined to recall and internalize the fact that Hashem created the world in six days and rested on the seventh.

The world did not always exist. It was created. And there is no creation without a creator. The Creator of the universe is Hashem. Hashem existed before the world of limitations which we see in front of us. He preceded limitations; He is limitless. He is all-knowing and all-powerful. And there can be no greater accomplishment than recognizing this fact.

We could just stop here. With this, we would already have something to add to our list of positive things to do on Shabbos. However, a look into the Gemara in Maseches Shabbos (119b) adds a second, mind-blowing dimension to the mitzvah of Kiddush. The Gemara states “Whoever recites Va’yechulu, it is as if he became a partner with the Holy One in the creation of the world.” What does that mean? We understand that reciting Kiddush is a mitzvah. We understand that reciting it is a great mitzvah, perhaps even one of the most important mitzvos that we can do. But how does it make us into a partner with
G-d in the creation of the world?

This precise question is addressed by the great Ohr Hachaim (Bereishis 2, 3). Let’s take a look.

“At the time of creation, Hashem only gave the world the ko’ach (spiritual energy) to be sustained for six days, for the reasons known only to Him and to those with knowledge of Kabbalah. Then, in His wisdom, He created one day (Shabbos)… and on that day He sends a spiritual reinvigoration of ko’ach to the world – enough for another six days.… Through this we can understand that which the Sages said, ‘Whoever recites Va’yechulu, it is as if he became a partner with the Holy One in the creation of the world.’ These words are ostensibly very obscure and hard to understand… but according to what we just said… you can ….

“The essence and reality of [how] Shabbos [can reinvigorate the world with another six days’ worth of ko’ach] is only through the fact that people keep and observe Shabbos! If nobody keeps Shabbos then there is no [reinvigorating ko’ach for six more days that will follow] Shabbos… This is why one who keeps Shabbos is considered to create the world. [By testifying that Hashem created the world, one causes the new ko’ach to come down, and through that] he becomes a partner with Hashem in the [new, weekly] creation of the world!

“Additionally, you should know that from the day Hashem created the world, the world has never been lacking one who keeps Shabbos [in order to enable Shabbos to provide that essential ko’ach]…. Adam kept Shabbos (Midrash Tehillim 92), after him Sheis… and after him other righteous men… Meshuselach… Noach… Avraham… (Bereishis Rabbah 79). It never ceased…. Even in Egypt they kept Shabbos (Shemos Rabbah 22, 5).”

Is this not an awesome insight from the Ohr Hachaim? Simply put, he is saying that Hashem only created the world with a battery that can last for six days. Every Shabbos it needs to be recharged, but only if Shabbos is kept does the recharging take place. If, G-d forbid, nobody would keep Shabbos, the world would not survive. The conclusion of all this is what the Gemara states – that ‘[w]hoever recites Va’yechulu it is as if he became a partner with the Holy One in the creation of the world.’ By saying Va’yechulu and testifying that Hashem is the Creator, we fulfill the goal of Shabbos and thereby join Hashem in the process of recharging the world’s “battery.”

So here’s another thing to add to our list of positive things to do on Shabbos: recite Kiddush; testify that Hashem created the world in six days and rested on the seventh. It is one of the most important mitzvos we can do, and it also makes you a partner with the Holy One in renewing the world for the upcoming week. 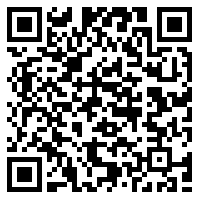