Rashi almost certainly never saw an olive. The same goes for other medieval authorities in Ashk’naz (Germany-Northern France). This little-known but indisputable fact should matter to you. It has everything to do with the following question: Is Halakhic Judaism rational and rooted in reality, or is it a hypothetical construct unconducive to engaging the real world?

It is a simple matter to ascertain, or describe to another, the volume of an average olive, a ‘k’zayit’…provided you have olives. But what if you have never seen an olive? How would you understand the concept? How would you describe it to someone unfamiliar with olives?


This was the reality in Ashk’naz in the Middle Ages, and there is no mystery as to why. The olive tree is native to the Mediterranean basin, from Israel in the East to Spain in the west; it does not naturally grow elsewhere. In Roman times, due to the trade routes which crisscrossed the Empire, olives may have made their way to Germany and beyond. The collapse of Rome, however, led to a breakdown of law and order, and therefore trade.

Medieval Ashk’nazim were unfamiliar with olives, a fact confirmed by R. Eliezer b. Yoel’s (d. circa 1225) discussion of the minimal amount required for a b’rakha aharona: “Wherever a k’zayith is required, one needs a sizeable amount of food, because we are unfamiliar with the size of an olive…” (Ra’avya, B’rakhoth 107).

Some Ashk’nazi authorities concluded that an olive was half the volume of an egg, while others demonstrated, based on Talmudic sources, that it must be less than one third of an egg. How much less they could not say. The truth, of course, is different, as was clearly perceived by one 14th century authority who actually made it to Eretz Yisrael. Responding to the proposition that a person could swallow three k’zaytim at once (which is quite impossible if one assumes a k’zayit to be half of an egg in volume) he wrote: “As for me, the matter is plain, for I saw olives in Eretz Yisrael and Yerushalayim, and even six were not equal to an egg.” S’pharadi authorities, on the other hand, had no such difficulties. One wrote that an olive is “much less” than a quarter of an egg (Rashba), while another mentions in passing that a dried fig is equal to “several olives” (Rittba). The last three statements, made by sages who saw olives, are entirely accurate.

In present day Halakhic practice, predicated on opinions rooted in the aforementioned lack of knowledge and experience, a k’zayit is often said to be 30 cc, while others say 60 cc. These figures bear no relation to the real world olives of Eretz Yisrael which average 3-5 cc. It is claimed by some that once upon a time olives were much larger. This claim is false. Olives and olive trees have not changed, as evidenced by the fact that there are over 70 olive trees in Israel ranging between 1,700-2000 years old, and 7 are approximately 3000 years old. These trees continue to produce fruit identical to the olives of younger trees. Halakhic responsa from the G’onic period echo these facts, stating plainly that olives do not change. Some would have you believe that there are two kinds of olives: real olives and ‘Halakhic’ olives. In their view, Halakha need not reflect reality; it exists in an alternate reality of its own. This is a tragedy because it paints Judaism as divorced from reality and irrelevant to a rational person. This is a lie because Torah was intended by Hashem as our handbook for operating in the real world.

The ultimate purpose of Judaism was announced by the Creator before He transmitted the Torah to His people: “And you shall be for My purpose a kingdom of priests and a holy nation” (Exodus 19:6). The nation of Israel is the priest connecting God and mankind. “I, God, have summoned you for a righteous purpose…. and have assigned you for my covenant with humanity, a light for the nations” (Isaiah 42:6).

The Jewish people, in order to succeed, have to live and lead in the real world. To deal with the challenges facing us as a nation we must think, act and believe rationally. A rational person does not believe in olives 2o times the size of the olives we see with our own eyes. To deal with reality, we have to get real.

We are described as being created in the image of Hashem because we can think and reason. To convince ourselves that Halakha can be based on irrational claims is an insult to our God-given intelligence. Not to mention that it places Judaism squarely in the realm of fairy tales. What kind of message does that send to our children?

Nothing could be more pernicious than the notion that truth and Torah do not mix. The same goes for the idea that Halakhic opinions rooted in Exile-induced misconceptions are sacrosanct and immutable. A philosophy that turns aberration into truth, the Torah of Galuth into the real McCoy, is intolerable. The clear implication is that Judaism, as a system, is broken and beyond repair. 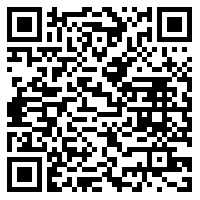