“And you [Moshe] speak to the Children of Israel saying, ‘But my Shabbos you are to observe; for it is a sign between Me and you for your generations, to know that I am Hashem Who sanctifies you’” (Shemos 31:13).

The Torah makes it clear that Shabbos is not only about acting in certain ways and refraining from certain activities; but it must also be a cognitive experience. Through Shabbos observance a Jew should come to realize and understand that G-d is the source of all holiness and sanctity.


This idea is especially apparent from the laws governing the many prohibitions of Shabbos. Although there are specific labors that are forbidden on Shabbos, performing them does not automatically render one liable for desecrating Shabbos. The doer’s personal objective must be taken into account. The rule is, “Calculated [i.e. planned] labor is forbidden by the Torah.”

In other words, whether a specific labor is forbidden or not is partially contingent on the motive of the doer. Thus, two people may perform the same action, yet one will be liable for desecrating Shabbos, while his counterpart will be exempt. It all depends on what their intent was when they performed the action.

The status of a vessel or a tool is dependent on its purpose. A small leather pouch may be used for money or to store marbles. If it is used to store money it becomes a wallet; if it is used for marbles it is a toy (Pachad Yitzchok, Shabbos, mama’ar 1:4-5).

There is a prohibition on Shabbos of “hotza’ah,” transporting objects from domain to domain. However, a person only transgresses this prohibition if he transports an object of value. If the transported item does not possess any value, carrying it is not a violation of a Biblical prohibition. Therefore, transporting a vessel is not necessarily forbidden in and of itself. It depends on the motive of the carrier and whether there is anything in the vessel.

For example, if a person transports an empty silver goblet, he has transgressed the prohibition of carrying because the goblet is his object of interest and is therefore valuable to him. However, if the goblet is filled with wine, then he is not (Biblically) liable for transporting the goblet since his primary intent was to transport the wine. This is true even if the goblet is more valuable than the wine. Halacha is concerned with the value of an object in regard to the specific act being performed. In regard to this specific act, the doer was not really interested in the goblet. He was only using it to facilitate the transportation of the wine that he wanted to drink along the way. Therefore, he is not liable for carrying the goblet.

This example demonstrates the concept of calculated labor in regards to the prohibitions of Shabbos. It is not merely the act that matters, but also the motive and intent of the doer matter as well.

Rav Hutner continues that the concept of determining what is the “ikkar – priority” and what is the “tafel – accessory” is not merely one of the myriad laws regarding the prohibitions of Shabbos. Rather, it is fundamental in regards to understanding the essence of Shabbos, and the role it plays in the life of a Jew.

The Mishna (Avos 5:1) states that G-d created the physical world with “ten utterances.” Throughout the initial week of Creation, utilizing those utterances, G-d created, fashioned, and formed the entire natural world and everything therein. However, when the world stood complete at the conclusion of the six days, it lacked purpose and direction. It was, essentially, a creation without meaning. With the onset of Shabbos, G-d invested into the world a new concept, i.e. holiness! At that point, it immediately became apparent that creating holiness was the purpose of Creation. Holiness was preeminent; the rest of creation was an accessory. It suddenly became clear that the world – which until now seemed like an end unto itself – was merely a “vessel,” a conduit for holiness, and a means to reach a higher goal and purpose. 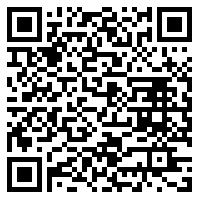