Rav Yaakov Kamenetsky zt”l was frequently asked to serve as sandek. A talmid once asked him why he wasn’t a wealthy man if being sandek is a segulah for wealth (Rama, Yoreh Deah, 265:11). Rav Yaakov smiled and replied, “For what I consider to be wealth, G-d has blessed me many times over.” (The Kamenetsky family has produced many scholars and Torah leaders.)

Thirty-four years after escaping Eisav’s wrath, Yaakov was gearing up to meet him. Yaakov dispatched messengers with the following message: “To my lord, to Eisav, so said your servant Yaakov: I have sojourned (garti) with Lavan and have lingered until now. I have acquired oxen and donkeys, flocks, servants, and maidservants, and I am sending to tell my lord to find favor in your eyes” (Bereishis 32:5-6).


Rashi notes that the word garti contains the letters that compose the word ger, sojourner. Yaakov was hinting to Eisav that during his years in Lavan’s home he was not appointed to any position of greatness. The entire time he was there he remained a mere sojourner. Therefore, Eisav shouldn’t bear a grudge against him for usurping their father’s blessing, since the blessing did not come to fruition.

Rav Moshe Feinstein zt”l explains that Yaakov was speaking to Eisav based on Eisav’s value system. From Yaakov’s point of view the blessings were indeed fulfilled. Despite living in Lavan’s home, he was able to observe every one of the 613 mitzvos. Since his life was dedicated to the fulfillment of Torah and mitzvos, the only material commodities he needed were those necessary for him to serve G-d and do the mitzvos. But from Eisav’s vantage point, material prosperity entailed being able to afford and indulge in material pleasures. The physical materials available to Yaakov would not nearly have sufficed to make Eisav happy. Thus, from his perspective the blessings were not fulfilled.

Rav Moshe continues that when Yaakov and Eisav met, their diverse outlooks manifested themselves in their dialect. Eisav boasted to Yaakov, (33:9) “I have plenty” on which Rashi comments, “I have much more than I need.” The implication is that despite what he had, he could still use more. Yaakov, on the other hand, replied (33:11), “I have everything.” He felt that G-d granted him everything he needed to serve Him and he didn’t need anything more.

When they met, Eisav’s looked at Yaakov’s family with surprise. “And he lifted his eyes and he saw the wives and the children and he said, ‘Who are these to you?’ and he [Yaakov] said, ‘They are the children whom G-d has graciously given your servant’” (33:5).

Yaakov’s response does not seem to adequately answer Eisav’s question. Eisav inquired about Yaakov’s wives and his children, but Yaakov only responded about his children. Also, what is the meaning behind the phrase, “Who are these to you?” Why couldn’t he simply say, “Who are these children?”

After Leah, Rachel and the shevatim bowed before Eisav, Eisav again asked, “Who is to you that whole camp that I met?” to which Yaakov responded, “In order to find favor in the eyes of my master” (33:8).

The Kedushas Levi, Reb Levi Yitzchok of Barditchev zt”l, explains that there was a deep philosophical debate between Yaakov and Eisav. They had agreed to divide the two “worlds.” Eisav would have dominion over the physical world, while Yaakov would have dominion over the World to Come.[1] When Eisav realized the wealth and affluence Yaakov achieved he was perplexed. He curiously asked Yaakov, “Who is to you all of the camp that I have met?” In other words, “We agreed that this was my world, so what are you doing with so much wealth and prominence?” Yaakov replied, “It is merely to find favor in the eyes of my Master.” The Master to which Yaakov referred was not Eisav, but rather G-d Himself. Yaakov was saying that he had only rejected the physical world as an end unto itself. He did not wish to benefit from that which was limited to the here and now. However, he never rejected what this world has to offer as a conduit and entranceway into the World to Come.

The Mesilas Yesharim (Chapter 1) explains that our purpose in this world is to gain entry into the World to Come. The medium for that is Torah and mitzvos, for which one can only achieve reward in this world.

Therefore, anything that can be used as a means to enter the World to Come is still within Yaakov’s reign of dominance. Yaakov was telling Eisav, “All of the wealth that you see, I use solely for the purpose of finding favor in the eyes of my Master, the Eternal and Omnipotent Al-mighty, and therefore it remains within my purview.”

With this in mind, the Skulener Rebbe, Reb Eliezer Zusya Portugal zt”l,[2] explains that when Eisav saw the wives and children of Yaakov he couldn’t understand how they were “conduits” for the World to Come. To Eisav a wife was an object of beauty whose purpose was subservience to her husband. Similarly, one has children in order to perpetuate our legacy and to have helpers who will make his life easier. To Eisav, family cannot help a man gain entry into the World to Come.

Yaakov replied that the purpose of children is not for our own benefit. Rather, they are given to us so that we can have the opportunity to teach them the values of Torah and how to live life as a G-d fearing person. Through our children we have the distinct privilege of perpetuating our traditions to future generations who will uphold the dictates and laws of the Torah. Child rearing takes on far different meaning when it is viewed in that light. When Yaakov replied to Eisav, “They are the children whom G-d has graciously given your servant,” he was saying that the children were a gracious gift of G-d, for he is responsible to educate them and to help them realize their potential greatness.

Yaakov did not overtly respond to Eisav’s question about his wives, however, because he knew that Eisav could never comprehend the notion that a wife too is a conduit for holiness and entry into the World to Come. The notion that physical pleasure could be utilized for spiritual needs was completely taboo to Eisav. He could never appreciate the sanctity of a Shabbos meal, the sublime joy of shaking a lulav and esrog, the holiness of a Seder on Pesach, the joy of a festive Purim seudah, or the holiness of marriage. To Eisav spirituality was synonymous with suffering and physical discomfort, such as Yom Kippur.

Yaakov and Eisav lived in the same world but their perceptions of it was vastly different. The blessings of Yitzchak would be insufficient to satisfy Eisav who always wanted more. Yaakov, however, viewed this world as a world of opportunity.

The fundamental philosophical disagreement between Yaakov and Eisav surfaced again during the era of Greek dominance. World history views the ancient Greeks as liberators who furthered the development of man’s world. They brought culture, education, and philosophy to the countries they vanquished.

In truth, the Torah places great value on beauty and wisdom. However, the Greeks saw beauty and culture as a goal. Aesthetics and the human body contained a degree of divinity and philosophical debates were to help man realize his place in this world. The Torah, however, values beauty, aesthetics, and culture only as a means to appreciate G-d’s wisdom.

The Chanukah miracle transpired due to the efforts of those who stubbornly clung to the philosophy of their forefather and would not allow their unadulterated heritage to be tainted by novel ideas.

We indeed value much of the contributions of the ancient Greeks. However, there is one integral difference: To us it is all part of the anteroom; to them it is part of the banquet hall. 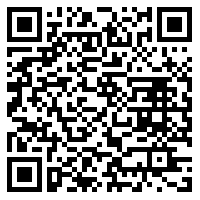