It is fascinating to note that the very first commandment given to the Jewish people was to sanctify the new moon.  Here was a nation still enslaved in Egypt, and yet God decided to introduce a new system of laws.  Of all the 613 mitzvot, God chose this as the very first.  One possible explanation is that He was sending a message about what the new moon symbolizes.  Just as the moon waxes and wanes and then totally disappears from view before returning to the night sky, so, too, the Jewish people. Though the Avos and Imahos had reached great heights, the nation had fallen to great depths in slavery.  However, like the moon they would slowly rise again on the stage of history.

In Biblical days, Rosh Chodesh was celebrated both in the Bais HaMikdash and outside it.  Inside, there was a special mussaf, an additional sacrifice.  Outside, festive meals were held, such as the one described in Sefer Shmuel. But after the destruction of the Bais HaMikdash, it seems that any celebration of the new moon was discontinued, with the exception of reciting Hallel and mussaf as part of the tefillah.

When we lived in Beer Sheva many years ago, the women of our shul decided to get together to learn and discuss on Rosh Chodesh.

I would like to describe a different kind of celebration, a special minyan organized by my son, Yair, which began eight years ago.  On Rosh Chodesh our family leaves our home in Efrat early in the morning, while it is still dark out and the stars are shining in the sky.   We drive to Jerusalem through the tunnel road, and park outside the walls of the Old City.  We enter through the Zion Gate, the same gate through which Israeli soldiers passed as they entered the Old City during the Six Day War.  Above us, the sky gets lighter and lighter as a new day dawns, and I am reminded of the blessing:

“May a new light shine on Zion, and may we all merit quickly to see that light.”

I feel the power and beauty of those words as we walk, getting closer and closer to the Kotel.  They are only part of the many prayers we say each day, prayers that were said by many generations before us for close to 2,000 years.  Those generations, with few exceptions, never merited seeing the physical Jerusalem and never actually saw the light shine on Zion.  For those of us who live here, and for those who come to visit the city, we can say that God has indeed granted us a special blessing.

As we continue walking, we can see the Mount of Olives, Har Hazeitim, in front of us.  In ancient times, fires were lit there announcing to all that the Sanhedrin, or the High Court, had declared the new month.  And there, overlooking the Temple Mount, thousands upon thousands of great leaders, rabbis and common people are buried.

Finally, we arrive at the Kotel and join my son and his minyan.  After the morning prayer is concluded, a unique Hallel commences.  It is a Hallel sung with a great deal of fervor and joy, and every so often we all start dancing in a circle.  We say together:

“Praise the Lord all nations

Thank the Lord for He is good

For His kindness endures forever.”

I can recall on one occasion that four different generations of our family danced in the circle together: my father-in-law who grew up in Germany and whose family left when he was only eight, before the start of World War II.  He was one of the lucky ones, but many of his family members did not survive. I am part of the second generation, who grew up in America and made aliyah in 1982 with my wife and children.  The third generation includes my son, Yair, who leads this minyan every Rosh Chodesh, and often includes other family members.  The fourth generation consists of my grandchildren who were lucky enough to have been born here in Israel. 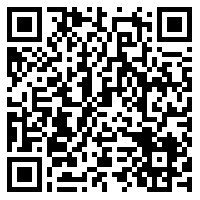