We read in this week’s portion that Yaakov hesitated to allow Binyamin, his youngest child, to return with his brothers to Egypt. Reuven, the oldest of the brothers, guaranteed he’d bring Binyamin back home, proclaiming, “Let two of my sons be killed if I fail to bring him back to you” (Genesis 42:37).

Yaakov rejected Reuven’s offer. In the end, Yehudah stepped forward and declared, “If I do not bring him [Binyamin] back to you…I will have sinned to you forever” Genesis 43:9). These words were accepted by Yaakov.


One wonders why Yaakov embraced Yehudah’s argument but not Reuven’s.

Ramban notes that Reuven impetuously made his comment while there was still food left from their trip to Egypt. Yehudah left Yaakov alone, waiting until all the food was gone to make his plea. Ramban concludes that only after the food was gone would Yaakov be ready. This teaches the importance of timing. What we say and what we do may be rejected at one moment but embraced at the next.

Another suggestion: It can be posited that the greatest consequence of doing wrong is to be constantly wracked by the sin itself. And so Yaakov rejected Reuven’s offer to accept upon himself severe punishment if he failed. Yehudah, on the other hand, is saying his punishment will be his ever-present guilt in having sinned. In the words of Benamozegh (19th century, Italy) “sin itself is its own punishment.”

A final thought: Reuven’s answer displays the assurance of one absolutely certain of success – he was so certain that he offered the precious lives of two of his sons as punishment. Yehudah, on the other hand, recognizes the precariousness of the mission. He understands he may not succeed. Hence he argues, “If I fail, I will forever have sinned to you.” Yaakov accepts Yehudah’s argument and not Reuven’s, for the greatest success often goes to one who understands the danger of the situation and realizes the very real possibility of not succeeding.

Additionally, Yaakov assents to Yehudah precisely because he (Yehudah) was prepared to act even when unsure of success. The real test of commitment is to become involved even when the outcome is unknown. This impresses Yaakov. And this idea relates to the Chanukah holiday. God assured Moshe of success in Egypt, but the Hasmoneans received no such assurance. Still, against great odds and uncertain of victory, they fought and prevailed. Maybe that is why we use the dreidel on Chanukah – the dreidel spins without knowing where it will land.

The biblical Yehudah and Yehudah HaMaccabee both were aware of the uncertainty of their missions. Notwithstanding, they went forward.

May we all be so courageous – to act even when unclear about the outcome. And, like Yaakov, may we trust – with the help of God – that all will work out. 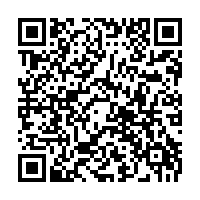