Parshas Terumah delineates the specifics of Hashem’s commandment to Moshe Rabbeinu to construct a Mishkan. In fact, the details of the building’s construction – its design, measurements, materials, etc. – span four parshiyos in the Torah.

The question is: Why does the Torah discuss these details so thoroughly when the Mishkan only served the Jewish people for a fairly limited period of time? The edifice of the first and second Batei HaMikdash (as well as the third Beis HaMikdash) is totally different.


Our sages teach us that every feature of the Mishkan represents a lesson for generations. For example, the Baal HaTurim notes that the use of atzei shittim (acacia wood) alludes to the word “shuts” (foolishness) and is intended to atone for the recklessness of the sin of the Golden Calf.

Yet, can we call such an egregious sin as the chet ha’egel mere foolishness? Moreover, in what way did the type of wood used in building the Mishkan redress the sin of the Golden Calf?

The Pnei Melech cites the Medrash, which states that cedars were not indigenous to the midbar and were actually brought to Mitzrayim by Yaakov Avinu who foresaw that the Jewish nation would need acacia wood in the future. He then refers to the Talmud’s statement that man doesn’t sin unless a spirit of folly enters him (Sotah 3a). The Pnei Melech explains that a fool (shoteh) is someone who endangers his life by walking along the edge of a building or the sea where a sudden wind can knock him off balance. The fool is prompted to act by capriciousness, a sudden inclination or a strong desire to do something to achieve instant gratification without any thought of possible consequences or likely repercussions.

Yaakov Avinu’s foresight in bringing acacia wood with him to Mitzrayim set a standard for Klal Yisrael for all future generations and served a vital role in the birth of the Jewish nation and its continued existence. First, Yaakov wanted his children to learn to give careful consideration to the results of their actions just as he thought about the future and anticipated the eventual need for acacia wood. A Jew’s life is supposed to be governed by deliberation, forethought, mental preparedness, and understanding, not impulsivity or “living for the moment.”

In addition, Yaakov bequeathed his children the unique gift of courage and strength. Throughout the long and bitter 210 years of servitude, they watched the growing cedars, which embodied the hope and promise of a future time when they would leave Mitzrayim and a Mishkan would be built with that wood.

The Yeshiva Pischei Olam in Ramat Shlomo is headed by HaGaon R’ Eliyahu Feivelson. One day, an elderly man knocked on the rosh yeshiva’s door requesting to be accepted into the yeshiva. He explained that although he was almost 80 years old, he wanted to do teshuvah.

Hashem waits for a person’s teshuvah every day, the rosh yeshiva thought to himself, although he wondered what suddenly had motivated this man to seek to return to Hashem after so many years. The man related that he had been a young boy when his father was killed by the Nazis, and his mother – crushed by the pain – had abandoned Judaism.

She settled in Tel Aviv and placed her only son in the orphanage of the Ponovezher Rov. However, said the man, when she came to visit him, she was shocked to note that it operated in accordance with Torah and mitzvos, and she immediately took her son home with her. That was the end of his sole connection to yiddishkeit.

The Ponovezher Rov, though, would occasionally visit the orphans who had left the orphanage, like a father visits his children, especially when he heard that they were not continuing in the ways of Torah. The Rov appealed to the mother not to abandon her Jewish roots, but he saw that she was not interested in what he had to say.

The Ponovezher Rov then requested a chair, sat down, and began to cry bitterly. After 10 minutes, he blessed the boy, bid the family farewell, and returned to Bnei Brak.

“That happened 70 years ago,” said the elderly man, “and I have been troubled all the years by the tears that spilled from his eyes. It is those tears that brings an old man to knock on the gates of repentance now, so many years later.”

No tear is shed in vain, and no prayer is futile. Every tefillah and each tear is accepted with great love in shamayim. One cannot predict what will motivate an individual to contemplate his actions and to seriously consider drawing closer to Hashem. 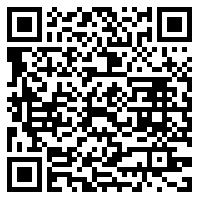