We’ve had the opportunity to study this haftara several times because it comes up twice every year – in late summer as one of the haftarot of consolation, and now for Parshat Noach. The vow to never again destroy the world by flood is here juxtaposed with some evocative language of the destruction of the physical world, which therefore naturally raises questions about whether Hashem is likely to destroy the world again, perhaps by some other means.

There is a well-known doctrine in rabbinic thought to the effect that the world will exist for six thousand years, just as it was created in six days. Accepting that at face value raises the question of what happens after the year 6,000. There is an opinion in the Gemara (Sanhedrin 97a) that the seventh millennium will be one of rest, i.e., of the complete desolation of reality. After this interlude the complete redemption will occur with the raising of the dead.


There is a difference of opinion among the Rishonim as to whether a plurality of Sages agreed with this opinion. The Zohar is considerably more explicit and states matter-of-factly that the world will be desolate for a thousand years. As a result of this, many intellectual traditions that follow the Zohar subscribe to such literal beliefs about the certain destruction of the physical world. Most chasidic traditions believe in this, or some variation, some a little less frightening.

However, the Ramban follows the Rambam in this matter and understands things in a more allegorical manner. They teach that the physical faculties by which we encounter the universe will become less relevant to us in the seventh millennium as we become more spiritual beings. Abarbanel defines stages by means of which physicality is shed, and the Ramchal interprets matters similarly. At the conclusion of his Ma’amar HaGeula, the Ramchal explains that as a consequence of the revelation of divine wisdom in the world, in future generations the physical reality will begin to lose its grip on humanity. Similar to Abarbanel, he describes a process of gradually transcending the physical world through the refinement and perfection of the human being.

So the first thing to understand in encountering our haftara is that there is no belief in millennial destruction that is axiomatic to Judaism. There is a great diversity of opinion on the matter. However, in our haftara the navi speaks of how Hashem’s covenant with Israel shall endure longer than the physical world. It’s a nice idea but in some people’s minds might engender worrisome thoughts. Of course, it could be simply a rhetorical flourish. However, there is a deep metaphysical resonance to the statement. It speaks to the eternal bond between Hashem and His people. Eternal as in outside of space and time. This is similar to the tradition that the Torah was written thousands of years prior to the creation of the universe. (Pesachim 54b and also Midrash Rabba.)

It is a fact of nature that everything that exists in the world must some day pass from being. The navi is making a deliberate jump here from the destruction of the world (the waters of Noach) to the covenant Hashem made with the descendants of Noach and thence to His love for the Nation of Israel. Worlds are destroyed, worlds are formed and grow old and die. The covenant between Hashem and Israel endures forever. 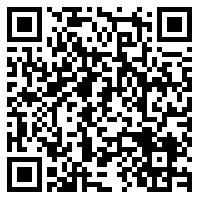