Both portions deal with Avraham as savior of Sodom. In Lech Lecha, the focus is on family, as Avraham saves his nephew Lot who had moved to Sodom (Genesis 14). In Vayeira, Avraham tries to save the entire city filled with non-Jews (18,19).

Both portions deal with the expulsion of Hagar, Avraham’s second wife. In Lech Lecha, Avraham does not object. In Vayeira, he is reluctant to have Hagar cast out. In the end, Avraham is thereby protective of the forerunners of Islam, Hagar and their son Yishmael.

Both portions deal with God’s promises to Avraham. In Lech Lecha, God makes a covenant exclusively with Avraham – promising him land and children (12, 15, 17). In Vayeira, God eternally connects with Avraham through the binding of Isaac. Still, whereas Avraham is described as walking together (yachdav) with Yitzchak to Moriah (22:6), Avraham returns home together (yachdav) with his lads, Yishmael and Eliezer, non-Jews (22:19).

It can be suggested that Avraham in Vayeira had become so universal that he forgot his national roots. The corrective to Avraham’s universal leaning is next week’s portion of Chayei Sarah. Note that in Chayei Sarah, Avraham acquires part of the land of Israel and finds a wife for his son – both minding the home front and echoing the nationalistic themes of Lech Lecha.

One of the beauties of our tradition is that Judaism has nationalistic as well as universalistic dimensions. The way we care for our own informs us how to treat the larger world. Indeed, the test of the way we love the world is how we show love toward our own brother or sister, our fellow Jew.

The flow of the Avraham/Sarah narrative indicates that both elements are critical, yet one should make sure that embracing the importance of universalism not come at the expense of one’s inner circle, family or nation. 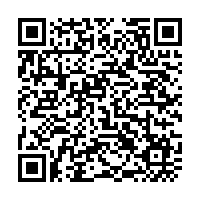