July 3, 2011, marked 148 years since the final day of the Civil War’s epic Battle of Gettysburg. That Sunday afternoon my wife was in New York spending time with her family, and I had several hours left before Minchah. Realizing the significance of the day, I decided to visit the well-maintained battlefields of Gettysburg, only 45 minutes from our home in Harrisburg, Pennsylvania.

I drove around the memorial-filled battlefields taking in the scenery and the crowds who, like me, felt a sense of reverence. Seeing a place to park, I pulled over beside a monument on top of which stood a large statue of a soldier holding his saber in one hand and a pair of binoculars in the other.


I found a place to sit across the road and gazed out at what is today a beautiful field. But 148 years ago it was the scene of one of the bloodiest and most pivotal battles in our nation’s history. Enjoying the summer breeze, I prepared a Mishnah to study together with my shul between Minchah and Maariv that night.

When I returned to my car, I took note of the name of the soldier whose statue I had parked beside: Brigadier General John Gibbon (1827-1898). Later that evening, I Googled Gen. Gibbon and was amazed to learn about his history. John Gibbon was the Union general whose division bore the brunt of the fighting in repelling Pickett’s Charge – the Confederates’ final desperate assault during the Battle of Gettysburg. That fight (named for Confederate General George Pickett) occurred on the last day of the Battle of Gettysburg. I sat stunned at my computer screen as I realized I had prepared that night’s Mishnah in the very location where that bloody battle had occurred exactly 148 years before my visit.

Pickett’s Charge was a disaster for the Confederate Army. Pickett’s 12,500 men advanced over open fields for three quarters of a mile under intense Union artillery and rifle fire. The Southerners suffered a casualty rate of more than 50 percent and a decisive defeat that ended the Battle of Gettysburg. Over the past 148 years, historians have second-guessed the Confederate leadership’s decisions involving Pickett’s Charge. Most consider it an avoidable mistake from which the Southern war effort never fully recovered.

In a similar vein, one of Jewry’s most beloved leaders of the early 20th century second-guessed an important tactical decision made by Balak, king of Moav.

Rabbi Yisrael Meir Hakohen – better known as the Chofetz Chaim (1838-1933) – makes the following observation (found in the footnotes to his commentary on the Torah portion Balak): After repeatedly urging Bilam (the mercenary “prophet” of Midian) to curse the Jewish people, Balak was told again and again that God would allow no such curse to take place. Frustrated by Bilam’s inability to curse the Jewish people – who had just conquered the mightiest armies that sought to prevent them from reaching their promised land – Balak sent Bilam home. With Bilam’s departure, Balak and his people were left just as vulnerable and fearful as they had been before.

Rather than telling Bilam to pack his bags, why did Balak not realize he still had one more option? Instead of asking Bilam to weaken the Jewish people by cursing them, Balak could have asked that same “prophet” to bless his own forces with the ability to stand up to and defeat the Jewish armies. Why did it never dawn on Moav’s leader to ask for a blessing that he and his armies should be strong and successful? (Balak obviously believed in the power of Bilam’s blessings; after all, we read in the Torah portion that Balak became terribly upset at Bilam after he had blessed the Jewish people.) 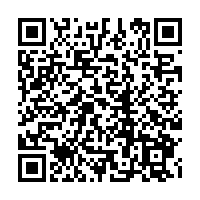