The Rebbe often noted that the 2nd of Nissan marks the anniversary, not only of the Rebbe Rashab’s passing in 1920, but also of the ascension of his son, Rabbi Yosef Yitzchok Schneersohn, as leader of Chabad-Lubavitch.


Torah leaders became convinced that Torah study had no future under Bolshevism and escaped with many of their students. Of the few leaders who remained in the Soviet Union, the Rebbe Rayatz was the most significant. His large following of Chabad chassidim included thousands of graduates of Yeshivas Tomchei T’mimim, which his father had established in Lubavitch in 1897. These young men, inspired by the profound Chabad Chassidus they had learned for a third of every day during their yeshiva years, became the vanguard of his army to maintain and strengthen Yiddishkeit.

He brilliantly organized an underground network of cheder-schools and yeshivos throughout the USSR’s Jewish-populated regions, which thousands of children and youth attended. His followers also arranged daily Torah lessons for adults, built and renovated mikva’os, secured livelihoods that didn’t require working on Shabbos, and much more.

Local secret police in Rostov hounded the Rebbe and even arrested him once. They closed his yeshiva and in 1924 forced him to leave his home in Rostov. He moved to Leningrad, a large city where his underground activities were easier to conceal from the all-seeing eyes of the Bolshevik secret police. Nevertheless, their file of evidence against him grew until they were ready to pounce.

On Purim Kattan, 1927, despite clear warnings that informers were present, the Rebbe spoke fearlessly to thousands of Jews packed in the Marina Roshcha shul in Moscow – with people listening outside, too – explaining that the Torah study of young children frustrates the schemes of those seeking to persecute us. His words had a tremendous impact and reverberated around the USSR.

Four months later, on the 15th of Sivan, the Rebbe was arrested, cruelly savaged in jail, and sentenced to death. Due to worldwide pressure, this sentence was commuted to 10 years hard labor near the Arctic, then to three years exile in the Urals, and then to 10 days exile. But the Rebbe’s ability to direct underground activities was now severely limited. And the secret police wanted to get revenge for his having dared to slip out of their hands.

He thus was forced to emigrate, settling in nearby Riga, Latvia, where he continued directing underground activities remotely. He also raised large funds to help Soviet Jews in general; in 1928 and 1929, for example, he arranged for whole trainloads of Pesach matzos to be sent, with government permission, into the USSR, where they were distributed to Jews through the few shuls that remained open (in later years, this permission was denied).

In 1933, the Rebbe moved to Poland, where his central yeshiva was already attracting throngs of students. Due to the Rebbe’s efforts, many managed to escape the Holocaust and later joined him in North America, where they participated in organizing new yeshivos.

The Rebbe’s life comprised a long chain of dedicated activism for Yiddishkeit, in three very different environments – in the Soviet Union where Judaism was persecuted, in Poland where Yiddishkeit still thrived, and in North America, where he struggled to reinforce and build up Yiddishkeit in the face of the widespread ice-cold apathy.

We can all learn from his great example.

Are We There Yet? 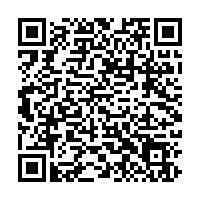