We say in Hallel, “The sea saw and ran.” What did it see? The Medrash Shochar Tov says it saw the aron of Yosef HaTzaddik, and Hashem said, “May the sea flee because of the one who fled.” The wife of Potifar tried to make Yosef sin by grabbing hold of his garment. The Torah tells us that Yosef fled, leaving his garment in her hand.

Interestingly, the sea didn’t part upon seeing Moshe Rabbeinu or Aharon HaKohen (or anyone else in Bnei Yisrael). It only parted when it saw the aron of Yosef.

The angel of the sea didn’t accept this argument and accused Bnei Yisrael of being unwilling to prepare for war. However, when the aron of Yosef appeared, the sea no longer could make this argument. The Ramban tells us that Yosef demonstrated that he was incapable of being ungrateful to his host, which is why he didn’t forcefully take his garment from Potifar’s wife, leaving her with an incriminating piece of evidence. Thus, when the sea saw Yosef’s aron, it was forced to flee as it realized that, indeed, Bnei Yisrael felt grateful to the Egyptians for the shelter they had provided them for many years.

Our sages tell us that although the entire Egyptian army and all of Pharaoh’s chariots sank in the sea, Pharaoh himself remained alive to witness the destruction and carnage. The Chofetz Chaim asks why he deserved the excruciating torment of such a harsh punishment. Many other world leaders throughout history have either perished with their people or did not have to see their downfall.

To answer this question, the Chofetz Chaim cites Rashi on the words, “A new king arose who did not know about Yosef” (Shemos 1:8). Rashi explains that according to one opinion no change of reign had taken place. Rather, the king was “new” in the sense that he chose to disavow all the good Yosef had done for Mitzrayim and his people. Because he didn’t acknowledge with appreciation the good that had been done for him (and, in fact, acted cruelly to his benefactor’s people), he deserved a fearsome punishment.

Many think that hakaras hatov (gratitude) is just an admirable character trait, a good middah. But it is actually much more than that; it is a lifetime obligation.

Rav Biderman explains this principle with a parable. A young boy cried bitterly because he had no money to get onto a bus. The bus driver took pity on him, took out some coins from his pocket, and paid his fare.

A few minutes later, the bus driver saw that the boy was crying again. When he questioned him, the boy said, “I see that the other people are getting on the bus, and when they pay you, they get change. When I got on the bus, I didn’t get anything back.”

A person must be grateful for the kindness bestowed upon him in life. He should not ask for “the change” as well.

An earnest individual, R’ Meir worked for a real estate owner who owned property throughout the city. R’ Meir was charged with ensuring that the apartments in the buildings were in good condition, making necessary repairs and improvements, and finding renters. His job took him to various neighborhoods, some good with reputable and respectable people and other less so where he had to watch his back and his pockets.

One day, he pulled up in one of the less decent neighborhoods to check out an apartment that had been put on the market. He hurriedly parked his car, leaving behind an envelope with $40,000 in cash, topped by his laptop. When he returned, he found his front car window smashed and his laptop gone. Inexplicably, though, the packet of money was still on the seat, untouched.

R’ Meir thanked Hashem heartily for His great kindness. Despite the fact that his computer had been stolen and one of his car windows had been smashed – which amounted to no small financial loss – his anguish turned to joy because he realized how much more could have been taken. He focused on what he had.

The Be’er HaChaim says that during moments of stress, a person’s focus should always be on the good in his life and thank Hashem for it. We read in Tehillim (150:6), “Kol haneshamah tehallel Koh – Let all souls praise Hashem,” and our sages add homiletically, “Al kol neshimah uneshimah tehallel Koh – Praise Hashem for every single breath.

Everyone who is in need of a refuah shleimah should have a speedy refuah shleimah min haShamayim. May we all be strong and healthy l’orech yamim tovim. Wishing everyone a joyous Yom Tov. 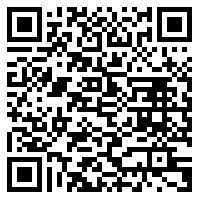