As the first two verses of last week’s haftarah seemed incongruously to address the people of Israel in the midst of warnings to the nations of the world, so in this week’s haftarah the last two verses extend the promise of ultimate redemption. Abarbanel wonders why the navi Yirmiyahu changes themes suddenly here and in two somewhat repetitive verses seeks to console Israel. He answers that the navi is warning Mitzrayim of impending exile at the hands of Bavel. Mitzrayim is fairly close to Bavel and the exile will be relatively brief.

Hearing of this, Israel might despair – if it’s such a terrible punishment for the inhabitants of Egypt to be driven to Iraq, then what will befall us when we are scattered to the farthest extremities of the world and forced to sojourn there for immense periods of time? What nation has ever returned from exile, or even been remembered after a thousand years or more? Abarbanel says that the navi is reassuring both Yaakov and Yisrael, representing the kingdoms of Yehuda and Yisrael, that no matter how long or how far the exile, we will never be abandoned nor forgotten.


According to Rashi, our forefather Yaakov wasn’t taking any chances with this outcome. In his commentary on Bechukotai (Vayikra 26:42), Rashi points out that there are five times in Tanach where the name of Yaakov is printed “complete” (i.e., with a vav added between the final letters) and five times where the name of Eliyahu is printed “lacking,” with the final vav missing from his name. The Maharal of Prague engages with this “midrash,” as he calls it – although it seems to have no source prior to Rashi. Rashi says that Yaakov took these vavs from Eliyahu as collateral – to ensure that Eliyahu would be compelled to perform the task of heralding the final redemption of his children. Should Eliyahu fail to perform, says Rashi, then Yaakov keeps the letters he took from his name.

In Gur Arye, the Maharal’s commentary on Rashi, he joins with other commentators such as Mizrachi and Siftei Chachamim to examine why it was necessary to take five vavs. (Those who are interested in exploring this further are encouraged to check those sources in Vayikra.) In Netzach Yisrael, the Maharal uses this connection to examine the role of Eliyahu in catalyzing the final redemption and Yaakov’s intent in holding these missing letters over Eliyahu’s head in order to compel him to act. We find that the entire purpose of Eliyahu’s mission is to bring about the final redemption of Israel. This is something that Eliyahu himself struggled with during his career, as we learn in the book of Melachim. But for as long as Eliyahu is not redeeming Israel, the Maharal teaches, he himself is not complete. The missing letter at the end of his name merely attests to this fact. Eliyahu is not performing the task he was brought to earth to do and is therefore “lacking.”

But with or without Eliyahu’s cooperation, Israel is destined to be redeemed in the merit of our father Yaakov, as the Torah teaches in the aforementioned verse: “I will remember my covenant with Yaakov.” Thus, Yaakov understands that he and Eliyahu both have essential roles to play in the ultimate redemption, but that Eliyahu might need some encouragement to play his part. So Yaakov takes the vav from Eliyahu’s name in five places and puts it in his own name in five places, including here in our haftarah. This is a guarantee of Eliyahu’s good behavior and of the ultimate redemption of Israel – no matter what else happens. 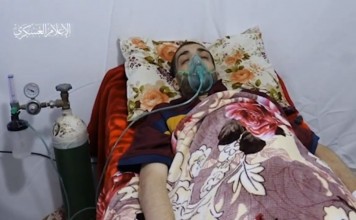