Nachum was doing a research project on the Rambam for one of his courses. He borrowed a number of sefarim from his yeshiva’s library for a month while writing the paper. When he completed the assignment, he gathered the sefarim together to return them to the library, but noticed that one sefer was missing.

“Where could it be?” Nachum asked himself. He looked high and low, but nowhere was the sefer to be found. He asked his family whether they had seen the sefer anywhere, but no one had seen it.


Finally, Nachum gave up looking for the book. He brought the other sefarim back to the library. “I’m returning the sefarim I borrowed a month ago,” he said to the librarian. “I seem to have lost one sefer, though.”

“Which one was lost?” asked the librarian. “You’ll have to pay for it.”

“It was a new, precise edition of the Yad Hachazakah,” replied Nachum. “How much does it cost?”

“That sefer runs about 50 dollars,” said the librarian. “It was a bit expensive.”

Nachum thought for a moment. “I can get an almost brand new copy,” he said. “I have a relative who mentioned he has a spare copy and once offered it to me.”

“Actually, we have two other copies of that sefer,” said the librarian. “We don’t really need a third copy of that particular edition and would like the cash.”

“But why should I do that?” replied Nachum. “I can get the book for free from my relative!”

“When you lost the book, you became obligated to pay for it,” the librarian stated. “You owe us money, and can’t give a book instead of payment.”

“Why do I owe you money?” argued Nachum. “I borrowed a sefer. Had I not lost it, I would have simply returned it. What’s the difference whether I return it or a comparable copy?”

“If you were returning the original, fine!” insisted the librarian. “However, now that you lost it you need to pay, and we’ll do with the money as we see fit!”

“That doesn’t seem logical,” responded Nachum. “I’d like to discuss the case with Rabbi Dayan!”

The two went to Rabbi Dayan. “I borrowed a special edition of Yad Hachazakah from the library and lost it,” explained Nachum. “The library wants me to pay cash for it, but I can get a free copy from my relative. Can I just give back that copy or can the library demand cash payment?”

“You can return another copy of the book,” ruled Rabbi Dayan, “provided that it is in comparable condition to the one you borrowed.”

“Why is that?” asked the librarian.

“There is a significant discussion in a case of damage whether the primary responsibility is to repair the damage or to pay compensation for the monetary loss,” explained Rabbi Dayan. “We’ll leave that particular discussion for another occasion, but it seems clear that a borrower’s primary liability is to return the borrowed item or its replacement.”

“Furthermore, the Shulchan Aruch and most authorities rule that even a thief or one who damages can pay with moveable items (metatelin) in lieu of cash. The logic is that such items can easily be sold and converted to cash. We evaluate the item according to how much it can be sold for at that time and place.” (B.K. 7b; C.M. 419:1, 101:9)

“Nonetheless,” concluded Rabbi Dayan, “if a library has clear terms that lost books must be paid for by cash value, those terms would be as binding as any other monetary agreement.”

“I’m wondering about another point,” Nachum said. “What if the borrowed item changed price between the time it was borrowed and when it was lost? Which price would you pay?” 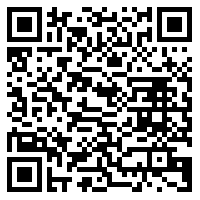