At Har Sinai, Almighty G-d revealed Himself to the entire Jewish nation and gave them the Torah. The first words He said were, “Anochi Hashem Elokecha – I am Hashem your G-d.”

The Midrash tells us that the word “Anochi” is an Egyptian word. How are we to understand this Midrash?


The Aseres Hadibros encapsulate the entire Torah. Rav Saadia Gaon writes that all the mitzvos are included within them. In fact, the Aseres Hadibros contain 620 letters, as the Shelah points out, symbolizing the 613 mitzvos of the Torah and the seven mitzvos ordained by the Sages.

We heard the first two dibros directly from G-d Himself, and the first word, “Anochi,” refers to G-d’s very essence. The Gemara (Shabbos 105a) teaches that “Anochi” is an acronym for “Ana nafshi kesovis yehovis – I inscribed and gave over Myself.” In light of all this, how could “Anochi” be an Egyptian word? How could it come from a language spoken by a nation that was known for its debased moral conduct (see Bereishis 42:9)?

The Lubavitcher Rebbe explains that to answer this question, we must first gain a deeper appreciation of G-d’s purpose in revealing Himself on Har Sinai. G-d descended on the mount to enable us to sanctify and elevate even the most mundane and depraved things, like the language spoken by the Egyptian people.

Even before Matan Torah, Jews studied Torah. From the days of Avraham, there never ceased to be a Torah academy among them. They had a connection with holiness and spirituality. The purpose of Matan Torah was to connect this holiness with the physicality of the world – to enable us to sanctify and uplift even things that are distant from the world of Torah and sanctity.

Since that was the entire goal of Matan Torah, it finds expression right in the very first word of the Aseres Hadibros. G-d brought down His deepest essence into the Egyptian word “Anochi.” This deed in turn empowered us to connect the very lowest levels with G-d’s deepest essence.

In using an Egyptian word, G-d was teaching us that the way to reach His essence is not only via Torah study and prayer. These are indeed important, but G-d’s essence transcends even the spiritual realm. To tap into G-d’s essence – G-d tells us – it’s imperative to deal with the physical and transform it to good and elevate it to holiness.

Mishlei 3:6 instructs us, “In all your ways know [G-d],” and the Shulchan Aruch (Orach Chaim 231) translates this directive in practical terms. It’s specifically when we’re out in the world and pursuing ordinary physical pursuits in a Torah manner that we fulfill G-d’s purpose in creation. Doing so isn’t of secondary importance; rather, it’s the way we connect with G-d Himself.

This idea is also highlighted by the fact that the second half of the Aseres Hadibros concerns mundane matters. It’s not enough that our spiritual matters should be in order; our day to day physical activities must also be illuminated by, and be part and parcel of, our G-dly service – bringing G-d into this world. 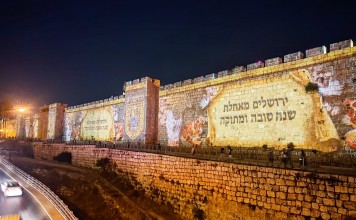 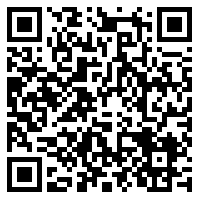