In this week’s parshah the Torah discusses the halachos of when one steals from another and when confronted in beis din, the thief swears falsely with his denial that he stole. This parshah was already taught in parshas Vayikra; however, there are two halachos that the Torah adds in this parshah to this topic.

The second new halacha that is taught in this parshah is that if the victim of the theft dies, the stolen money must be returned to his relatives. If he has no relatives the thief must return the money to a kohen. The Gemara in Sanhedrin 88b asks if there is a person among klal Yisrael who has no relatives. After all, every member of klal Yisrael is related if we go back several generations. The Gemara says that the pasuk must be referring to a ger who has no children. The Gemara makes a drasha from the word “ish” (man), that only if one steals from an adult does this halacha apply (in addition, he must search for his relatives). If one steals from a ger who is a minor and the minor dies, the thief need not search for the minor’s relatives. This is because a minor cannot have children, and the fact that he is a ger.

Tosfos there is bothered by the fact that the Torah wrote a pasuk to exclude a scenario whereby one steals from a minor. Tosfos questions how there can be a scenario in which a minor owns something in biblical terms. Generally, a minor cannot – mi’de’oraisa – own anything. This is because in order to acquire something one must make a kinyan that requires a certain level of da’as, which a minor lacks. Additionally, an adult cannot acquire something on the minor’s behalf because that would involve using the halachos of shelichus, something in which a minor is also not included. Whenever someone else performs something on your behalf, many Rishonim view this as working with the halacha of shelichus.

Tosfos’s first suggestion to this question is that there is a method whereby a minor can acquire something mi’de’oraisa. If an adult gives a minor an item to acquire and the minor performs the action that is required for a kinyan and the adult has the intention to transfer ownership to the minor, the minor acquires the item. This is called “da’as acheres makneh oso.” Tosfos holds that this form of kinyan is effective on a de’oraisa level. Rashi, in Sukkah 46b, disagrees with this view and posits that this will only be effective mi’de’rabbanan.

The Kitzos HaChoshen makes this observation from Tosfos: it is clear that Tosfos does not understand that this form of kinyan (da’as acheres makneh oso) works by means of shelichus. For if it did, then as Tosfos pointed out in his question, a minor would be unable to use this method. However, the Rambam (Hilchos Mechirah 29:11) is implicit that da’as acheres makneh oso does work with the halacha of shelichus.

Reb Chaim Soloveitchik explains that even Tosfos can opine that da’as acheres makneh oso works with the halacha of shelichus. Reb Chaim explains that there are two different types of kinyanim in which one can acquire something for another person. One situation is where the second person performs the action and has the necessary da’as required for the kinyan. For example, if one sees a lost item on the road that anyone can acquire, he can decide to acquire it for his friend. In this case, the second person performed the action of lifting it up and had the da’as to acquire it for his friend. Reb Chaim says that it is in this case that the kinyan will need to utilize the halacha of shelichus in order for the fellow who was not present to acquire the item. 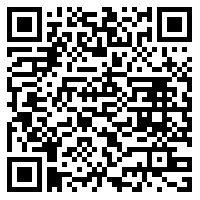