Aristotle spoke about the middle road in developing one’s character, which Rambam made a cornerstone of his Hilchot De’ot, Laws of Character Traits. Other than anger and arrogance, Rambam prescribes the middle path in every trait. We should be neither miserly nor spendthrifts, neither cowards nor daredevils, but the middle of those, and all such dichotomies.

Two ceremonies the Torah tells us to enact in this week’s parsha suggest to me another area ripe for middle road treatment, how much certainty we insist on in our lives.


Whatever Kohen Comes Our Way

The parsha opens with how Jews should bring bikkurim, first fruits, to the Temple. Devarim 26;3 tells Jews to go to the kohen asher yihyeh ba-yamim ha-hem, who is there in those days. The emphasis on the kohen “who is there” jars, since to whom else would we go?

Ramban suggests the phrase refers to the kohen who happens to be on duty, whose turn came up in the 24-week rotation (and within each group, the day of each beit av, family clan) of staffing the Beit HaMikdash. The kohanim of the on-duty mishmar, watch, took the main portion of all sacrifices. Our verse was saying those kohanim also had the rights to all first-fruits, was warning farmers not to bring a kohen friend and give the bikkurim to him.

Ramban’s idea touches on the kind of relationship non-kohen Jews had with kohanim. Each farmer gave terumah, the first tithe, to whatever kohen he wanted, presumably one he knew and liked. It suggests kohanim were supposed to be a part of the social fabric of Jews’ lives, to be as sure as possible each Jew had a personal connection with a representative of Hashem.

Bikkurim followed a different model, had to be given to whichever kohen happened to be there. Ramban does not explain why. A technical answer would suggest this was how the Torah ensured a spread of the wealth, reduced some of the financial advantage particularly social priests would have.

I believe another element was at play. Terumah thanks kohanim for their service and supports them (more so than bikkurim, which were a smaller percentage of the crop). It makes sense to allow each Jew to choose recipients, to thank him or them for all they’ve done.

Bikkurim aren’t for the kohen, they’re for Hashem, part of the Jew’s acknowledging the fulfillment of the promises to the Avot to ensconce their descendants in the Land. When kohanim stand in for Hashem, I believe we are supposed to notice the human being as little as possible (to me, that’s much of why kohanim with mumin, physical differences, cannot serve in the Temple, but that’s a different parsha).

Were the farmer to bring and give the first fruits to a friend, the focus would shift away from where it was supposed to go, Hashem. When the kohen fully stands in for Hashem, we get who we get, not who we decide.

What We Are Supposed to Know with Certainty

At other times, the Torah wants us to fully control what is happening. The ceremony on Mounts Gerizim and Eval described in chapter 27 tells the Jews to split the people between the two mountains.  Rashi to 27;12 summarizes how Sotah 32a portrayed the ceremony. Kohanim, Levi’im, and the Aron would stay on the ground in the middle; they would read out blessings and curses, facing Gerizim for the blessings, Eval for the curses.

After each, the entire people would answer amen. Once everyone answers everything, we could have imagined leaving the people off the mountains as well, have the entire nation stand with the kohanim, Levi’im, and Aron, turn with them to one mountain or other.

I think the Torah set it up this way because people notice people more than geography. The two mountains certainly differed from each other, but the image stuck better, I suggest, when everyone saw people thronging the mountains.

What image? The image of the gulf between the good, the blessed side, and the evil, the cursed side. Not the people manning each mountain, since everyone answers amen to both. The ceremony adjures the people to notice eleven (or twelve, depending how we read the last one) modes of conduct, in each case to see a stark difference between right and wrong.

Doing it right earns a blessing, wrong incurs a curse. At least for these actions, we’re supposed to see the wide gap, the gulf, the lack of middle ground. We are supposed to know we need to be able to spot the difference, know with certainty what is blessed and what is not.

Sometimes we get control and certainty, sometimes we take what comes our way. Parshat Ki Tavo gives us an example of each, as part of our continuous search for the middle ground of our lives. 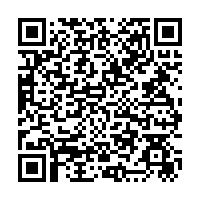