Standing before his father Yitzchak, Yaakov claims he is his brother Eisav (Genesis 27:19). While some commentators rationalize Yaakov’s behavior, others insist that from that point on, for the rest of his life he was punished for this act of deception.

For example: after Lavan tricks Yaakov by giving him Leah instead of Rachel, Lavan states, “It is not done in our place, to give the younger before the first born” (Genesis 29:26). Here, Lavan criticizes Yaakov by implying that perhaps in his home, the younger brother may have taken blessings from the older, but in Lavan’s community, the eldest takes precedence.


The pattern of the deceiver being deceived continues. After the sale of his favorite son, Yosef, Yaakov’s other sons take Yosef’s garment of many colors and dip it in goat’s blood, convincing their father Yosef had been devoured. This is truly an extraordinary pattern. As a young man, Yaakov deceived his elderly father into blessing him while wearing the goatskin of his brother Eisav (Genesis 27:16). Now, as an elderly father, he himself is deceived by his sons, who use goat’s blood to convince Yaakov of Yosef’s death (Genesis 37:31).

By virtue of the fact that he is constantly being tricked, one wonders if Yaakov was ever forgiven for deceiving his father. Maimonides argues that true repentance is finding oneself in the same circumstance where one sinned and not making the same mistake. But what happens if the second chance never arises? Perhaps it can be suggested that in such cases repentance can be expressed through one’s children. Such may have occurred to Yaakov, as is reflected in the lives of his two most important sons, Yehuda and Yosef.

Yehuda is blessed with twins from Tamar. As they are born, the first puts forth his hand upon which is placed a scarlet thread (Genesis 38:28). It’s almost as if, through this conscious act, Yehuda wants to fix the mistake of his father and make forever clear who is the eldest of the twins.

Similarly, in the episode of Yosef bringing his children before his father, Yaakov, to be blessed, Yaakov reverses his hands, placing the right on Ephraim, the younger, and his left on Menashe, the elder. Alarmed, Yosef attempts to correct his father, warning him that he was mistaking the younger for the older (Genesis 48:17). It seems Yosef does not wish to make his father’s mistake of presenting his sons out of birth order.

Often, children sense the remorse of parents for having committed a wrong. Even if parents are never given the opportunity to correct that mistake, their children may resolve to do the right thing if they are ever placed in that situation. In that sense, the failings of parents can be corrected by their children.

As it relates to our narrative, Yehuda and Yosef are the tikkun (repairing) for Yaakov. Yaakov had deceived his father and suffered for that misstep all of his life. Only when Yehuda and finally Yosef reject deception has Yaakov come full circle. His sin has finally been fixed – he has seen his children repair his wrong and only then could he feel truly shalem, truly whole. 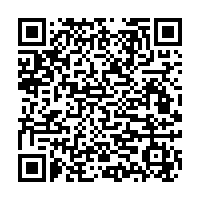