Monday, the 20th of Menachem Av, was the yahrzeit of the Rebbe’s father, Rabbi Levi Yitzchok Schneerson (1878-1944), the rav of Yekatrinoslav (now Dnepropetrovsk), Ukraine, for 30 years. Renowned as a brilliant Torah authority and kabbalist, he inspired countless Jews to be faithful to the Torah even under Communist persecution.

In 1939, the Soviet regime imprisoned him for his religious activities and then exiled him to a primitive village in remote Kazakhstan. He passed away after suffering greatly.


Every year, the Rebbe would conduct a farbrengen in honor of his father’s yahrzeit, usually including a siyum on a Talmudic tractate. He would also give insights into the special nature of the date because a fundamental principle of Chassidus is that everything happens by hashgacha pratis.

The 20th of Av is 40 days before Rosh Hashanah, the anniversary of the creation of Adam, the first human being. The Talmud (Sota 2a, Sanhedrin 22a) states that 40 days before a human being is conceived, certain aspects of its future life are predetermined. It follows that part of Adam’s future was also determined 40 days before his creation.

The anniversary of Adam’s creation is so important that every year Hashem determines the fate of the entire world on it. And since, as noted, some aspects of Adam’s life were predetermined 40 days before his birth – on the 20th of Av – it follows that our spiritual preparations for Rosh Hashanah should start on that day.

Most people start preparing in Elul. That’s when we start blowing shofar and take other steps such as reciting extra Tehillim daily, giving extra tzedakah daily, and studying subjects like Chassidus and Mussar that arouse us to do teshuvah.

In accordance with the above, however, the Lubavitcher Rebbe recommended starting to prepare even earlier, on the 20th of Av. He often noted an old custom of the Beit Keil congregation of Sefardic kabbalists in Jerusalem to do hatarat nedarim – performed everywhere else on the day before Rosh Hashanah – on the 20th of Av.

In fact, the Rebbe noted, some spiritually prepare for the coming year even earlier. Authoritative sources point out that the Hebrew words “chamisha asar b’Av” have the same numerical value as “k’siva vachasima tova” – the traditional blessing we give each other during Elul. Although saying this blessing starting on the 15th of Av is a limited custom, it can do no harm to follow it, the Rebbe said, because we need all the blessings we can get.

By spiritually preparing earlier, we will have more of a chance of being blessed with a good and sweet year, which we all need after the last few difficult months. 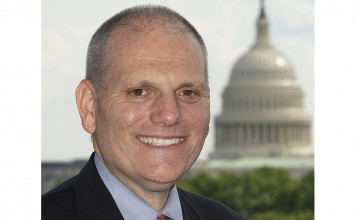 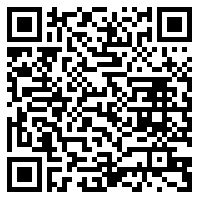