His brother’s family consisted of heretical idolaters; why was Avrohom so adamant that Yitzchak not marry a Canaanite girl? Was it not conceivable that Eliezer would find a Canaanite girl with outstanding character who was from a more noble family?

The Ran (Derashos HaRan, derush 5) explains that idolatry is based on misconceptions about how G-d runs the world. Still, a heretic can be reasoned with; he can be made to realize why his opinions are flawed. Negative character traits, however, are built into one’s genetic makeup. They are part of a person’s identity and persona, and thus, far more difficult to change. In essence, a person is battling part of his own identity.


Despite the fact that Besuel and Lavan were idolaters, their deficiency was of an intellectual nature; they failed to realize the truth. It was conceivable that their children would not follow their mistaken conclusions. The Canaanites – descendants of Cham ben Noach – on the other hand, were an inferior, cursed people. A Canaanite girl may have had a sterling character, but her negative tendencies were innate. It was inevitable that the progeny of a Canaanite woman would bear her negative genes. At some point in the future those inborn traits would undoubtedly manifest themselves in their descendants. It was for this reason that Avrohom adamantly demanded that his daughter-in-law not be a Canaanite. It was preferable that his son’s spouse come from an idolatrous home than from one where negative character traits were inborn.

With this in mind, Rav Chaim Pinchas Scheinberg zt”l explained that one’s drives and emotions, subconscious and conscious, are vital components of one’s character. In a sense, it is far more difficult when one is challenged emotionally than when one is challenged intellectually. Whereas an intellectual challenge can be resolved via logic and rationale, an emotional challenge touches one’s inner core being and requires far greater exertion, resolve, and effort to overcome.

When Avrohom entered the furnace in the presence of Nimrod he was personifying his intellectual belief with utmost conviction. To Avrohom, the prerogative between a faithless and G-dless life versus a painful death that would sanctify the Name of G-d was hardly a choice. Avrohom’s faith was so strong and his belief so engrained in his psyche that he was ready to die on a whim.

The challenge of Lech Lecha, however, was a diametrically different challenge. When Avrohom, the champion and paragon of kindness and goodness, was commanded to leave behind his aged father and the homeland where he had accomplished so much, it was an emotional challenge. It was a test of his mental and psychological endurance for it forced him to subordinate his inner self to G-d.

In fact, all ten tests that Avrohom faced were emotional challenges. Each time he was compelled to counter his nature and act in a manner that challenged his temperament and personality. Therefore, each time he passed a test he demonstrated complete subjugation to G-d’s Will.

When one is able to serve G-d and feel connected with Him on an emotional level, it is far greater than one who merely has an intellectual and rational connection.

Each of the patriarchs instilled in their progeny certain characteristics that are inherent in every Jew. Avrohom Avinu was not only the paragon of kindness and love of G-d, but he also had the ability to give up everything for G-d’s Glory – and he instilled this ability in his descendants. It is no small feat for one who was raised in the permissiveness of Western liberal society to accept upon himself the rigorous demands of a Torah life as Uri Zohar did. But a Jew innately possesses that ability from Avrohom. This point is at the root of the uncanny success of the contemporary kiruv movement. Accepting the yoke of Torah and mitzvos entails emotional sacrifice and dedication, which was eternally embedded in the hearts of every Jew when Avrohom left behind his family and birthplace in order to fulfill G-d’s command. 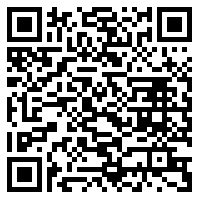