Join us each week as we journey across the United States and gather words of Torah from rabbanim representing each of the fifty states. This week we are pleased to feature divrei Torah from Rabbi Moshe Leib Grayof Dartmouth, New Hampshire.

This is a very hard dvar Torah to write. Right now anyone who cares about Israel and the safety and security of its people is emotionally angry and upset. Jews are being hunted down like animals for no other reason than their being Jewish. We are being attacked with cars, axes and knifes.


This morning I watched one of the chilling videos from Israel. It was of a young 13-year-old boy, splayed out on the ground, with blood all around him. People were shouting at him and there were guns pointed at him – there was a look of fear and panic in his eyes. The boy had just stabbed a Jew with a knife.

And yet, as a father, seeing the fear in his eyes, the scene saddened me. His parents and society totally failed him. Instead of bringing him up with a sense of wonder and an understanding of what a person can achieve in his life, they so abused his mind to the point where he thought it would be a good idea to stab someone out of hate. The problem is he really had very little idea of the magnitude of what he was doing and was terrified at what had happened. How can your heart not break when you see that? How can it be that these are the ethics and morals of a people?

It reminded me of a story I read a while ago about Martin Greenfield (thanks to The Accidental Talmudist for bringing it to my attention) who was a teenage prisoner in Buchenwald. He was forced to perform work at the mayor’s house and one day saw rotten lettuce inside of a rabbit’s cage. He reached out to take it, as he was starved, when he heard the mayor’s wife’s voice screaming, “Why are you stealing my rabbit’s food?” He was punished for his infraction.

He vowed then that if he survived the horror he would go back and kill the woman. He got his chance in 1945. He returned to the house and found her holding a baby. He yelled at her, “Do you remember me? You had me beaten because of a rabbit, I am here to shoot and kill you!”

She began to plead for her life and the life of her baby. At that moment Martin regained his humanity, he was raised to believe that life was a gift from God and eternal.

Parshat Lech Lecha is a watershed moment in the genesis of mankind. Avraham Avinu is the first Jew and the first human being to take moral responsibility for himself and his surroundings. He distances himself from his nephew because he is a bad influence, yet fights a war to save him.

He bequeathed an eternal inheritance to his children of an ability to be moral and to demand morality from others.

In November of 1989 an adviser to then-Prime Minister Shamir met with the Lubavitcher Rebbe to receive a dollar and a blessing before Shamir met with President Bush. The adviser mentioned to the Rebbe the difficult times that Eretz Yisrael was facing.

The Rebbe responded as follows: “We must show conviction that we will not give in, not out of spite but because there is no other way. Israel must protect its people; it must take a strong stance on issues critical to its survival and to the safety of its people.” 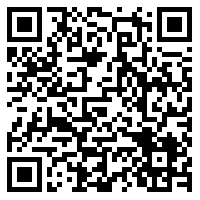